Asia to take lion’s share of $4.4T opportunity in energy

This article is by Bloomberg New Energy Finance analyst Elena Giannakopoulou. It appeared first on the Bloomberg Terminal.

Globally, about $4.4 trillion will be invested in new power generating capacity over the next 10 years, at an average of $485 billion a year, according to Bloomberg New Energy Finance. This large-scale investment in the energy sector will not only provide opportunities for investors but probably also determine our success in limiting climate change on the planet.

More than half of the investment, or $2.3 trillion, will occur in Asia Pacific, home to some of the world’s most the power-hungry countries. Nuclear power, with its high capital intensity, will account for the biggest slice of money, at $637 billion. Policy changes in China mean that coal and gas will account for less than estimated in our New Energy Outlook 2015 analysis: $403 billion will go to coal and gas – which is 23 percent below what BNEF estimated last year, mainly due to China’s moratorium on new coal plants and its flatter demand outlook. This just goes to show how policy changes can rapidly shift the pattern of energy investments. 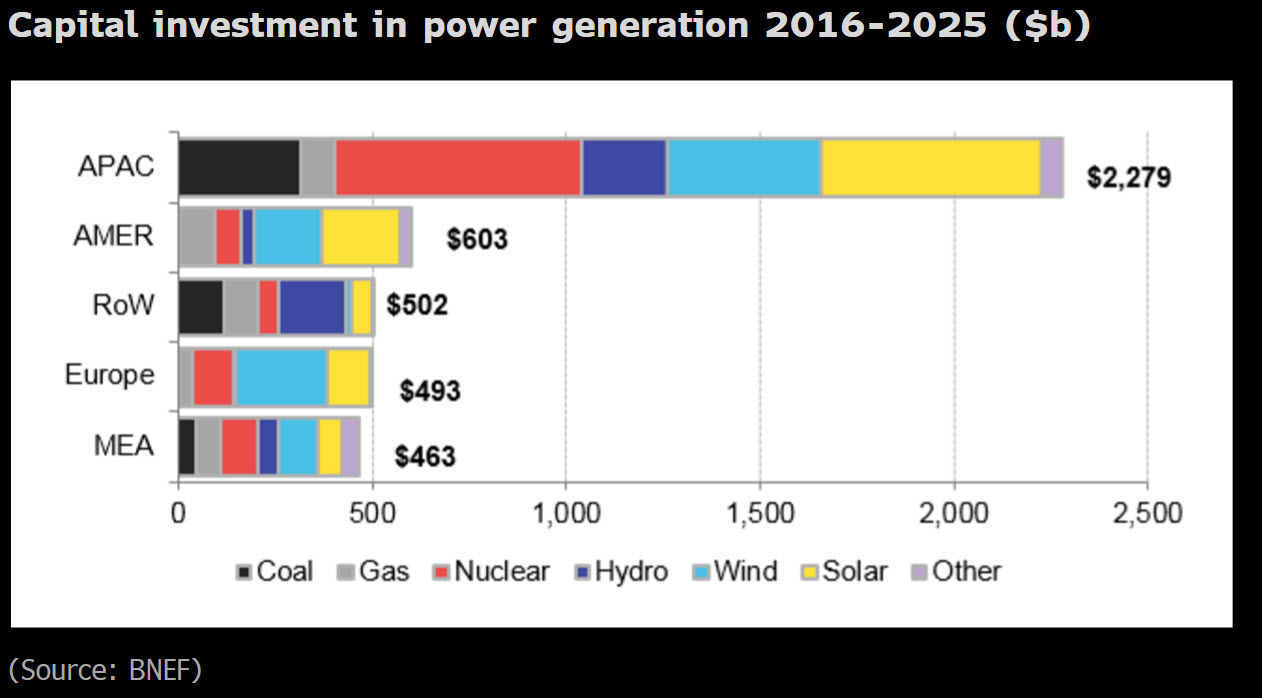 And what about renewable energy? Just over half of all new investment in Asia Pacific, or $1.2 trillion, will go into new renewables capacity. Over the ten years, solar panels will take the largest share, with $570 billion, wind comes second with $394 billion, followed by hydropower, which draws $222 billion.

Overall, this will transform the regional power mix, making it about 20 percent less carbon intensive than it is today.