Bullard: 10 Charts That Tell Us Where We’re Headed

I went through my catalog of 2018 newsletters and picked my 10 favorite charts. Happy reading.

We’re not getting better at insuring natural disasters

SwissRe’s annual accounting of disasters — and the insurance against them — shows that we’re no better at insuring against those caused by nature than we were two decades ago. 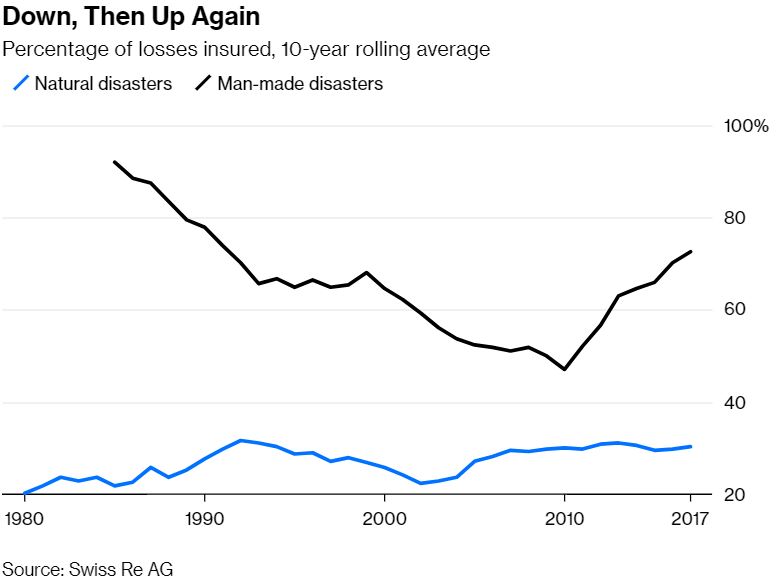 It’s dangerous to be an American pedestrian 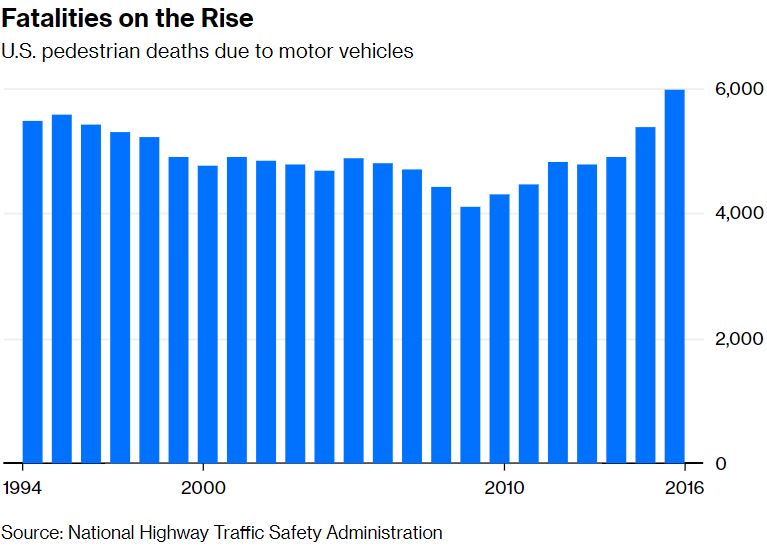 Inspired by an interview with New York University professor Scott Galloway, I looked into his assertion that automobiles are deflationary and therefore a hard market for disruptive innovation. With some help from Salim Morsy, I created a like-for-like comparison between a beloved 1980s Renault coupe and a similar, contemporary Ford. The new Ford wins in every field I can think of … except vehicle weight (the new Ford is much heavier than the 1980s Renault). 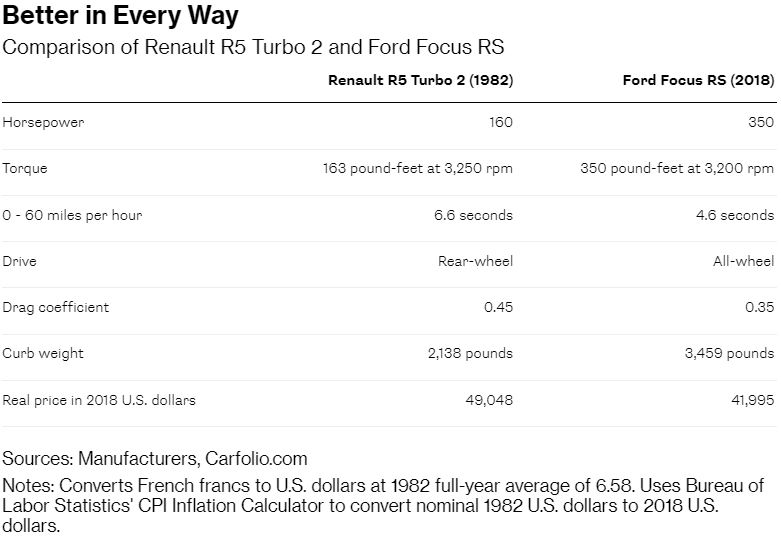 Another chart from this same newsletter proves the point more generally: Over four decades, U.S. cars have become more powerful, less polluting and much more efficient, and … they weigh the same as they did in 1975. 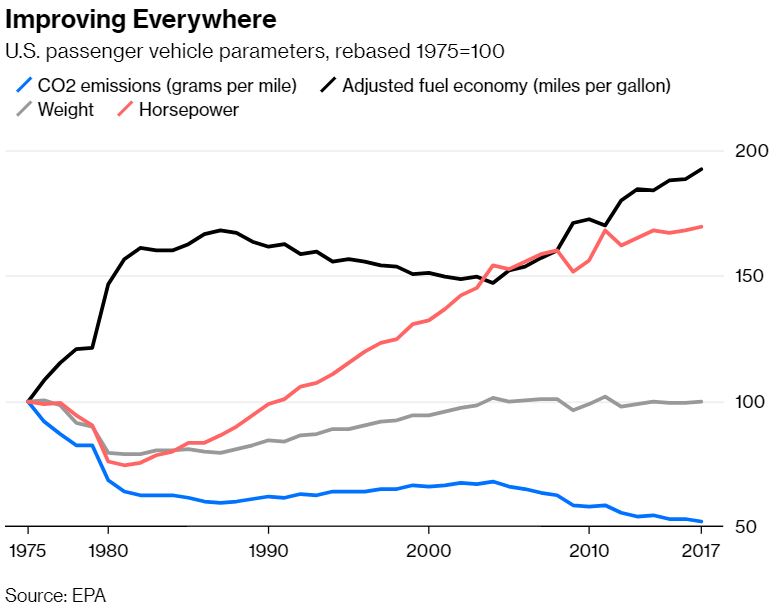 U.S. houses keep getting bigger and bigger, but thanks to much more efficient devices and electronics, U.S. residential power demand peaked in 2010 and has been falling ever since. On a per-customer basis, electricity sales in megawatt-hours are up less than 10 percent over the past 28 years. 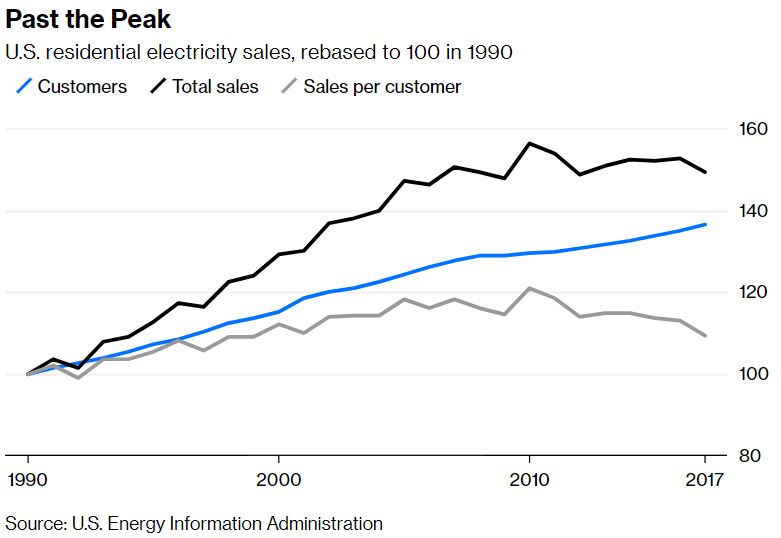 In 2006, California set itself an ambitious environmental goal: Reduce greenhouse gas emissions to 1990 levels by 2020. The Air Resources Board recently published its assessment of 2016 — and the state has already hit its 2020 target. California is on a low-carbon diet, and the diet is working. 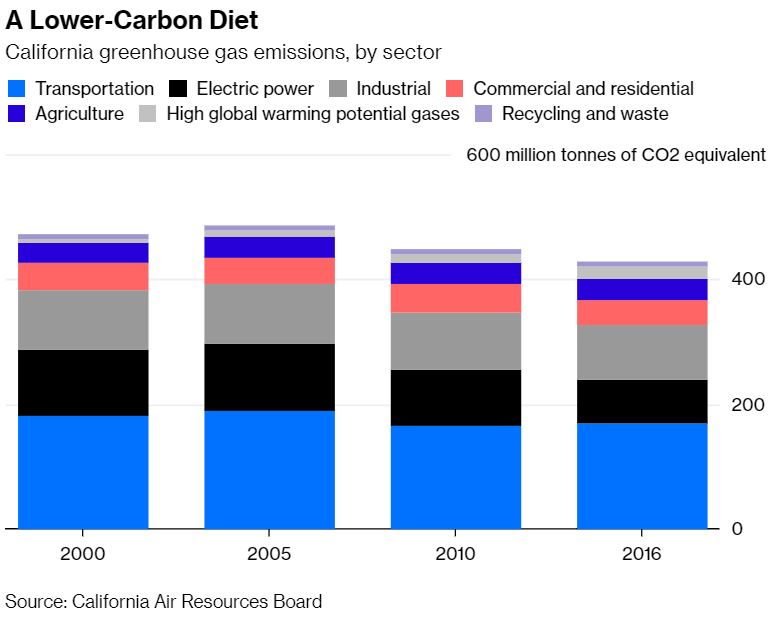 Cars with plugs are replacing hybrids

Also in California: Data from the largest auto market in the U.S. shows that cars with plugs (both plug-in hybrids and pure electrics) have overtaken hybrids such as the Toyota Prius as a percentage of sales. 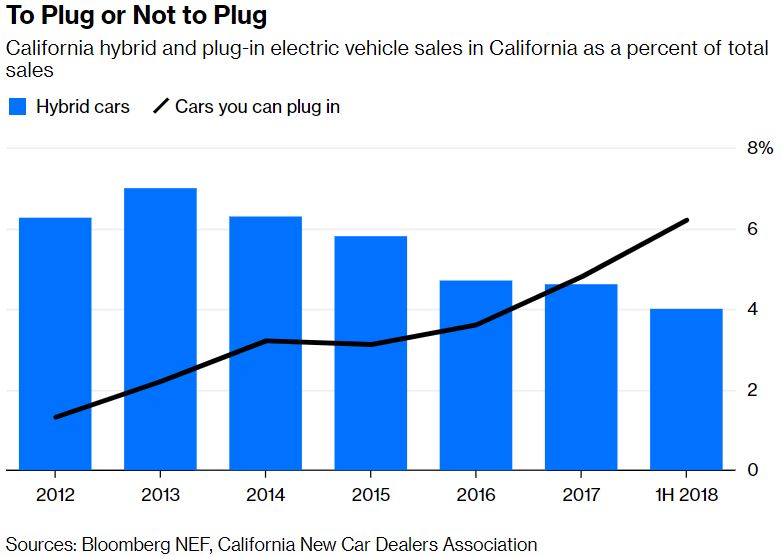 There’s more going on, though, within this plug-or-no-plug automobile dynamic: Pure electric vehicles are looking much more promising than plug-in hybrids with both a combustion engine and a battery drivetrain.

OPEC talks electric vehicles as much as it talks tight oil 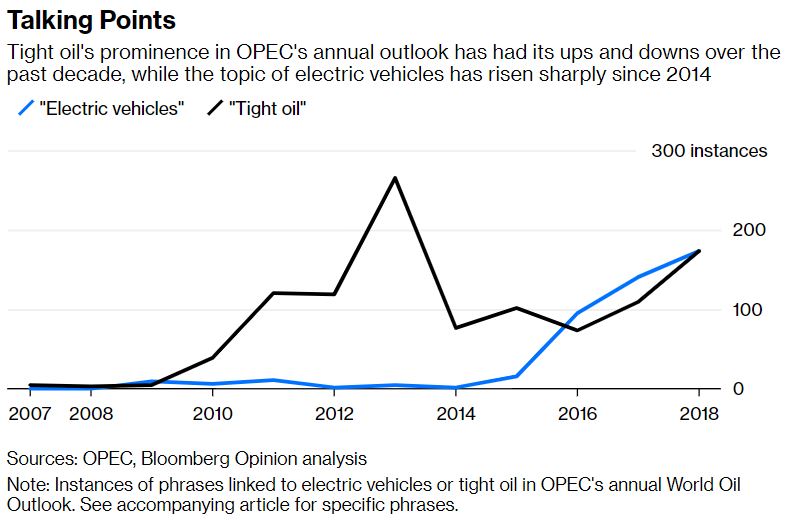 Keeping with the text-crunching, I used the Bloomberg Terminal’s document-search function to pull every mention of the phrase “utility of the future” in publicly traded utility company filings since 2008. Perhaps it’s not a coincidence that in 2016, MIT published a big, high-profile, heavily utility-sponsored report called “Utility of the Future.” 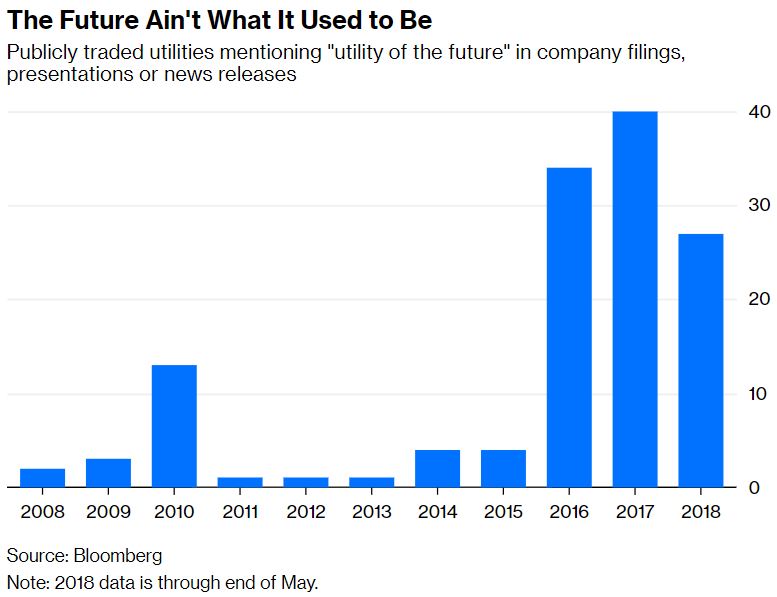 System planners and forecasters take a long view of changes in the transport fuel mix. There’s a bit of a wild card, though, in those long-term efforts: Automobiles in particular are devices of culture and behavior, not just economics. Both culture and behavior can change quickly, as U.S. sales of the Tesla Model 3 show. The Model 3 is now more popular than the entry-level luxury offerings of Audi, BMW and Mercedes-Benz combined. 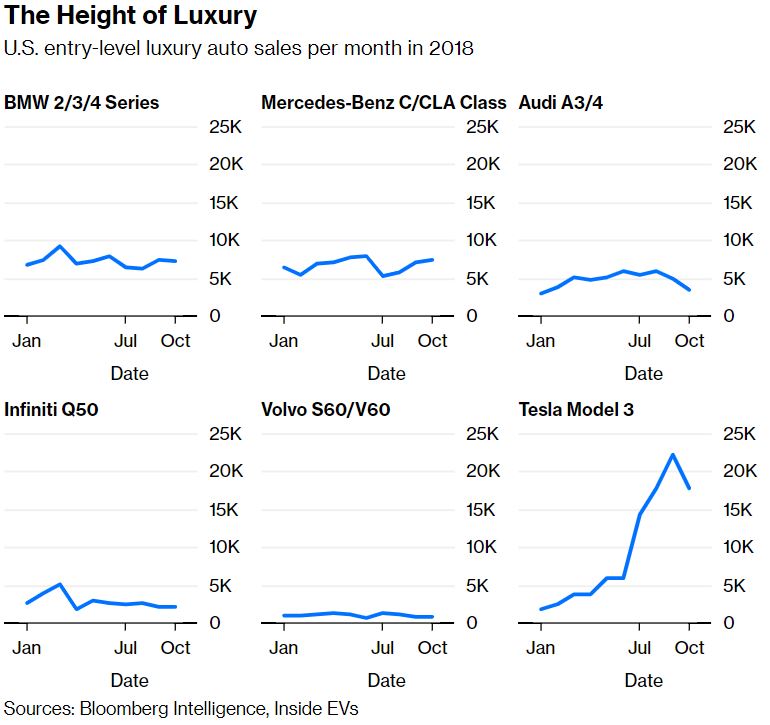 Bonus chart: Half the world is now using the internet

It took almost the entirety of human existence — from our first inklings of civilization until the year 2007 — for half the human population to be city dwellers. It took all of 27 years for half the world be on the internet, according to the latest Measuring the Information Society Report from the International Telecommunication Union. 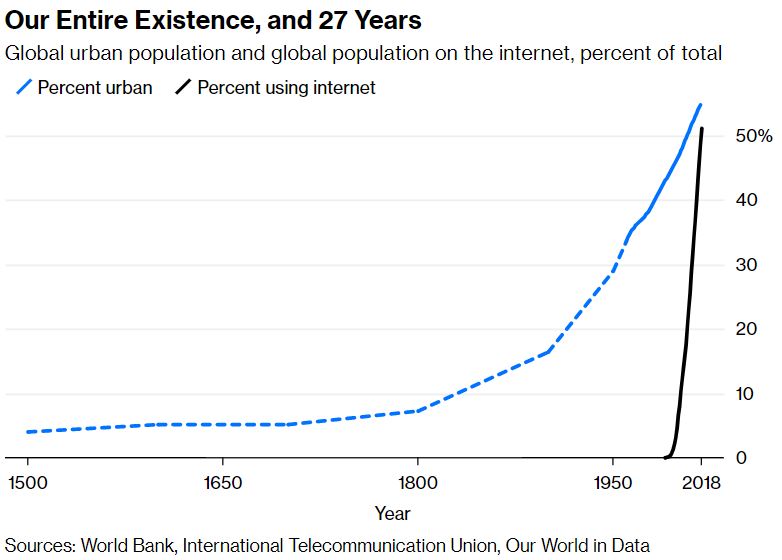