Bullard: 10 Charts That Can Help Predict the Year Ahead

I’ve picked my 10 favorite charts of 2019. Each one represents a data set that will change in 2020, and in so doing tell us something about the trajectories of energy, transportation, climate and technology.

1. Climate change is all most of us have ever known

Climate change is often described as something that is going to happen. Yet the world is changing right now: The global average surface temperature is not only higher now than it was from 1951 to 1980, but it also hadn’t been below average in the years before I was born and is clearly trending up. The global median age is 30. That means that for most of us on Earth, a continually changing (read: warming) climate is all that we have ever known. 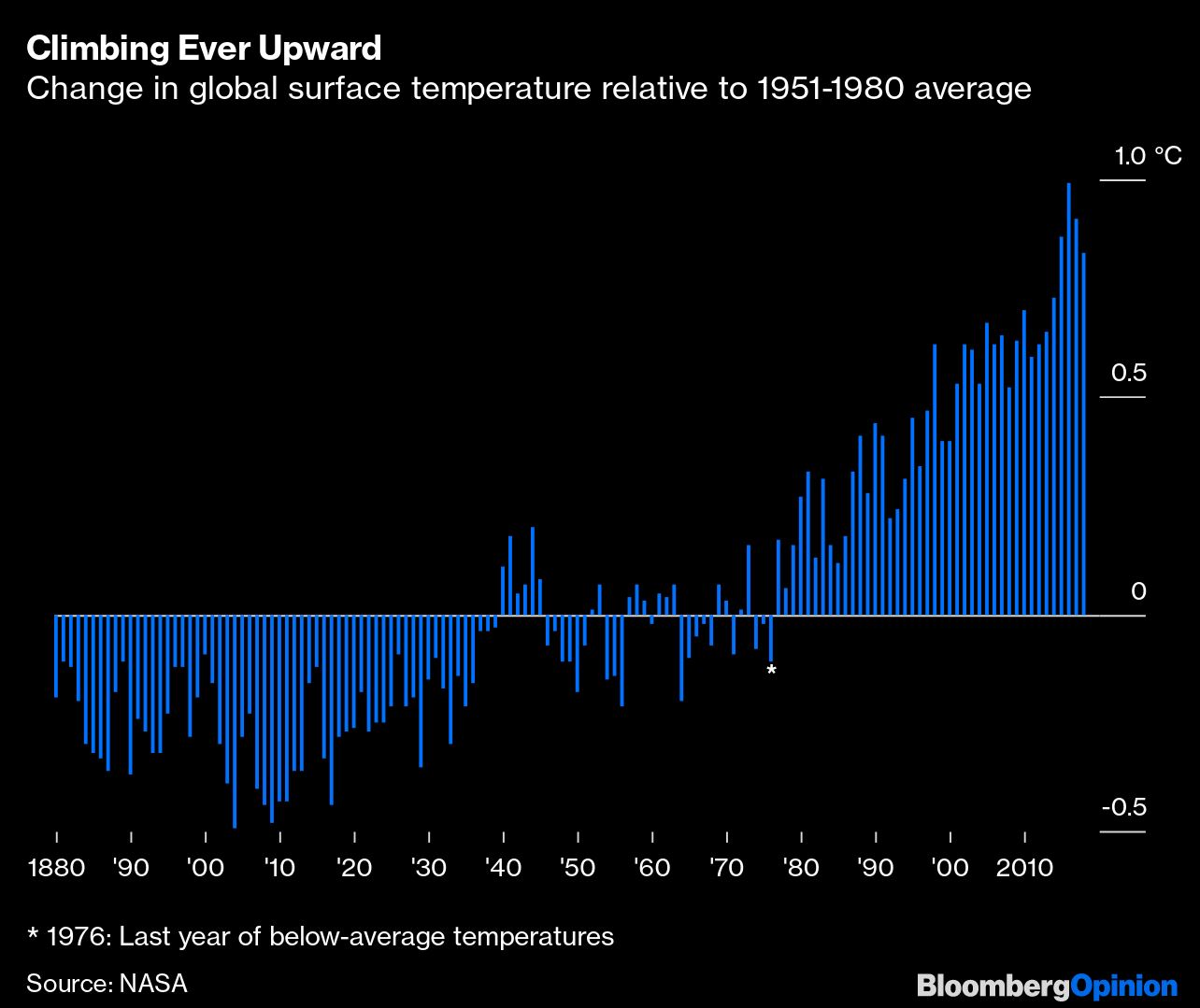 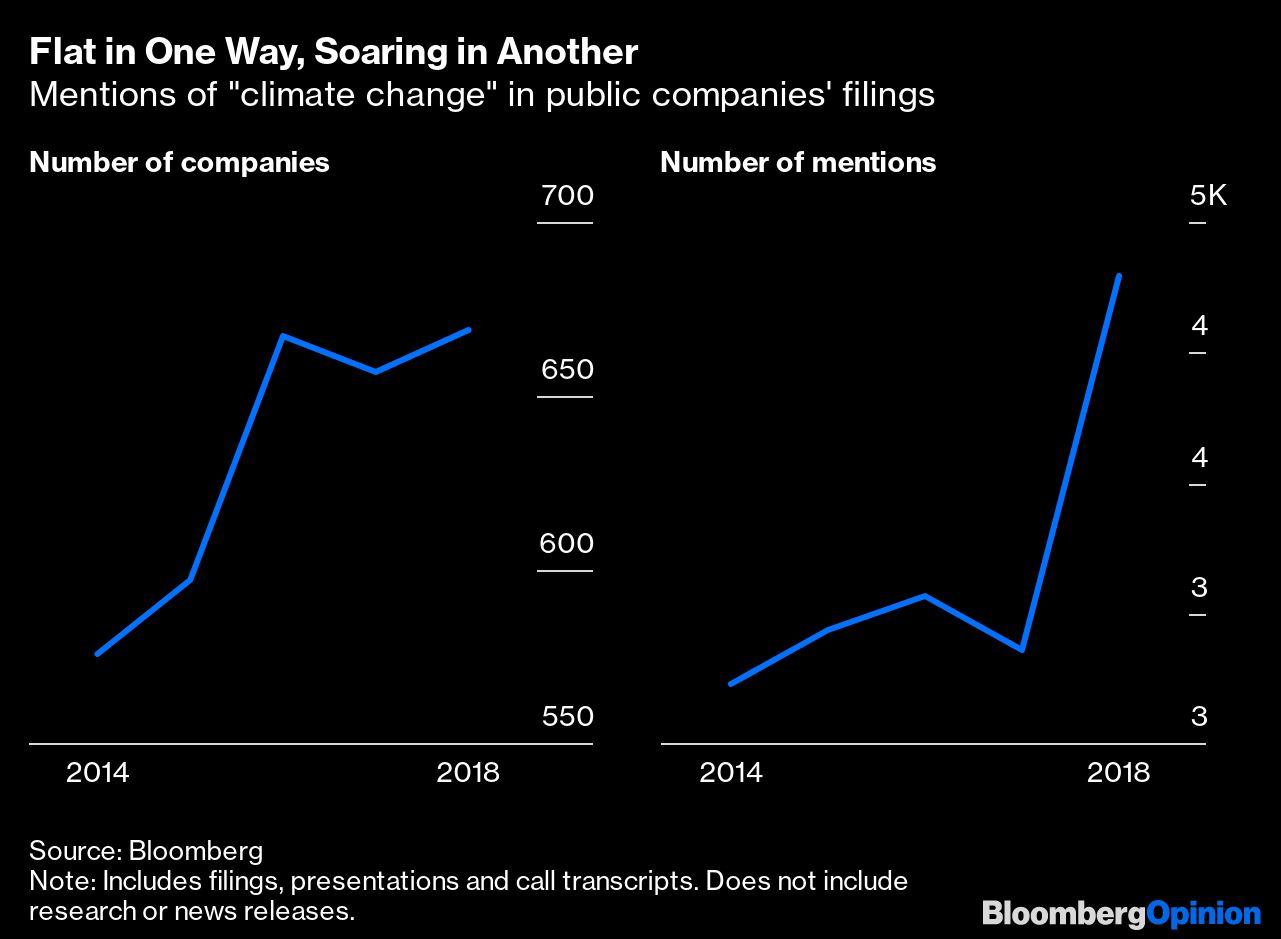 3. Thermal coal’s market will grow slower than global population will

In August, David Fickling and I looked at BHP Group’s forecast for global coal consumption. The resources company said the growth rate of consumption of thermal coal, used in power generation, will be lower than the global population’s growth rate. That benchmark doesn’t leave much room for any sort of growth for coal use at all. The United Nations, in its latest World Population Prospects , expects the world’s population to grow just a hair over 1% this year, based on its medium variant for fertility. The UN’s low-fertility variant has the population shrinking by mid-century. Benchmarking to below a growth rate of 1%, and declining from there, sounds not far off from expecting no growth, or negative growth, in perpetuity. 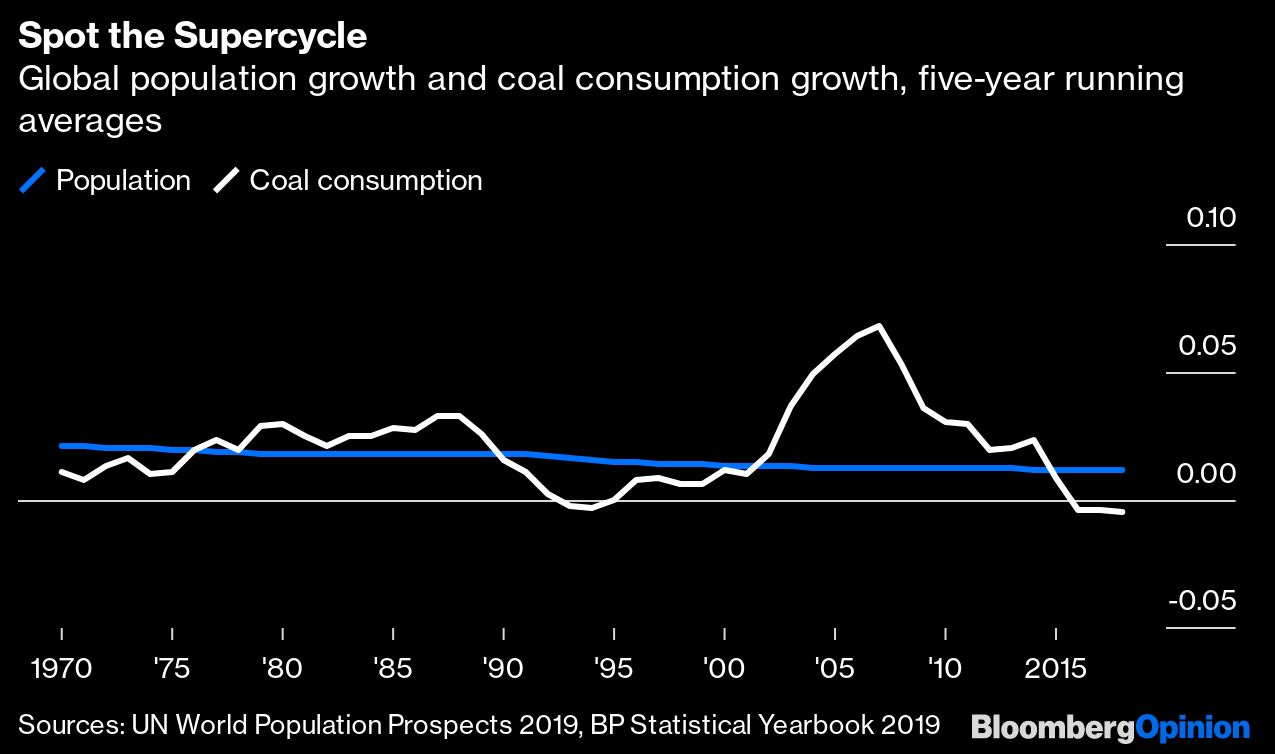 A number of countries, most of them in Southeast Asia, still expect and are planning to build new coal-fired power plants. Those plans are policy decisions as much as they are power-market decisions. A smart poll this year asked residents in these markets what they think is better for the long-term development of their countries. In every one, a majority said that renewable energy is better. In Vietnam, that majority was overwhelming. 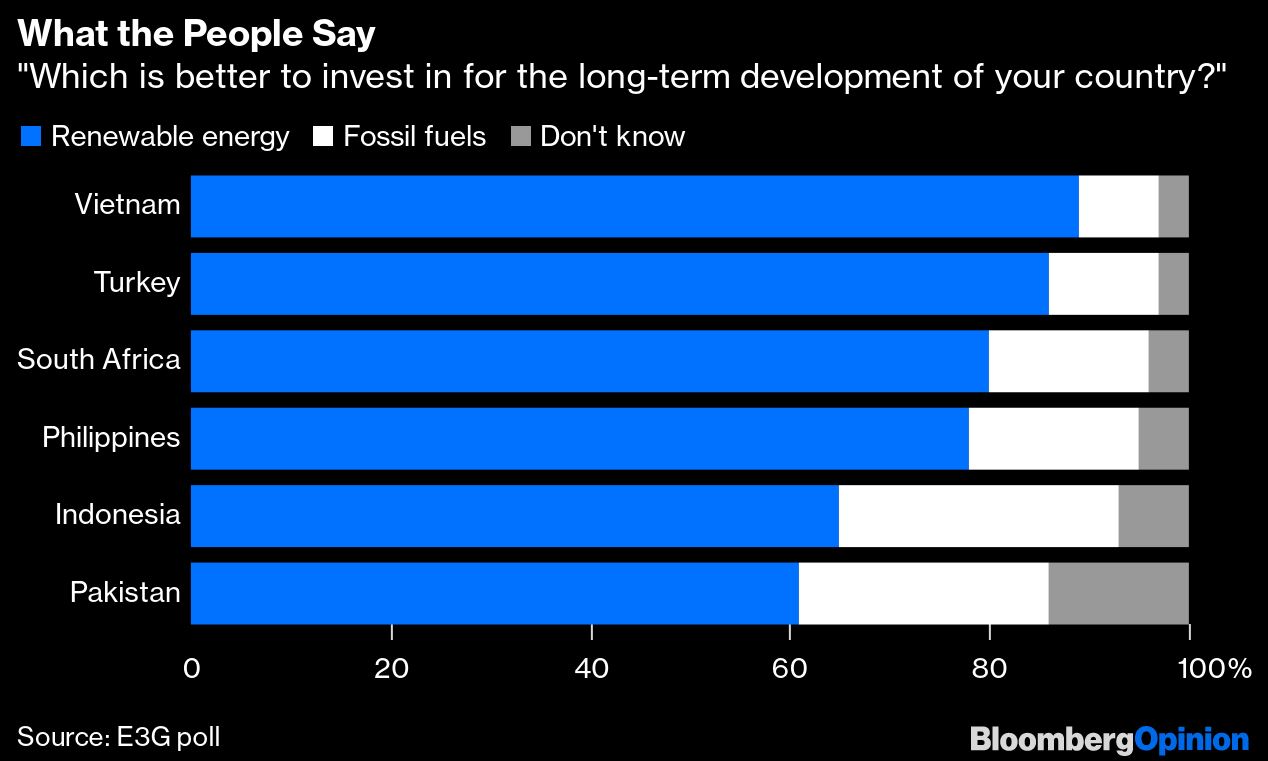 OPEC’s annual World Oil Outlook is a massive overview of the cartel’s expectations for its key product’s future. Applying the same word-count logic used above with public companies and climate change, I looked at the mentions of a few key words or ideas in the last 12 years of these reports. “Tight oil” has a cyclical pattern of mentions. “Electric vehicles” peaked in 2018; “climate” and “hydrogen” both have cycles but are heading up. This year, “tight oil,” “electric vehicles” and “climate” were mentioned almost equally. 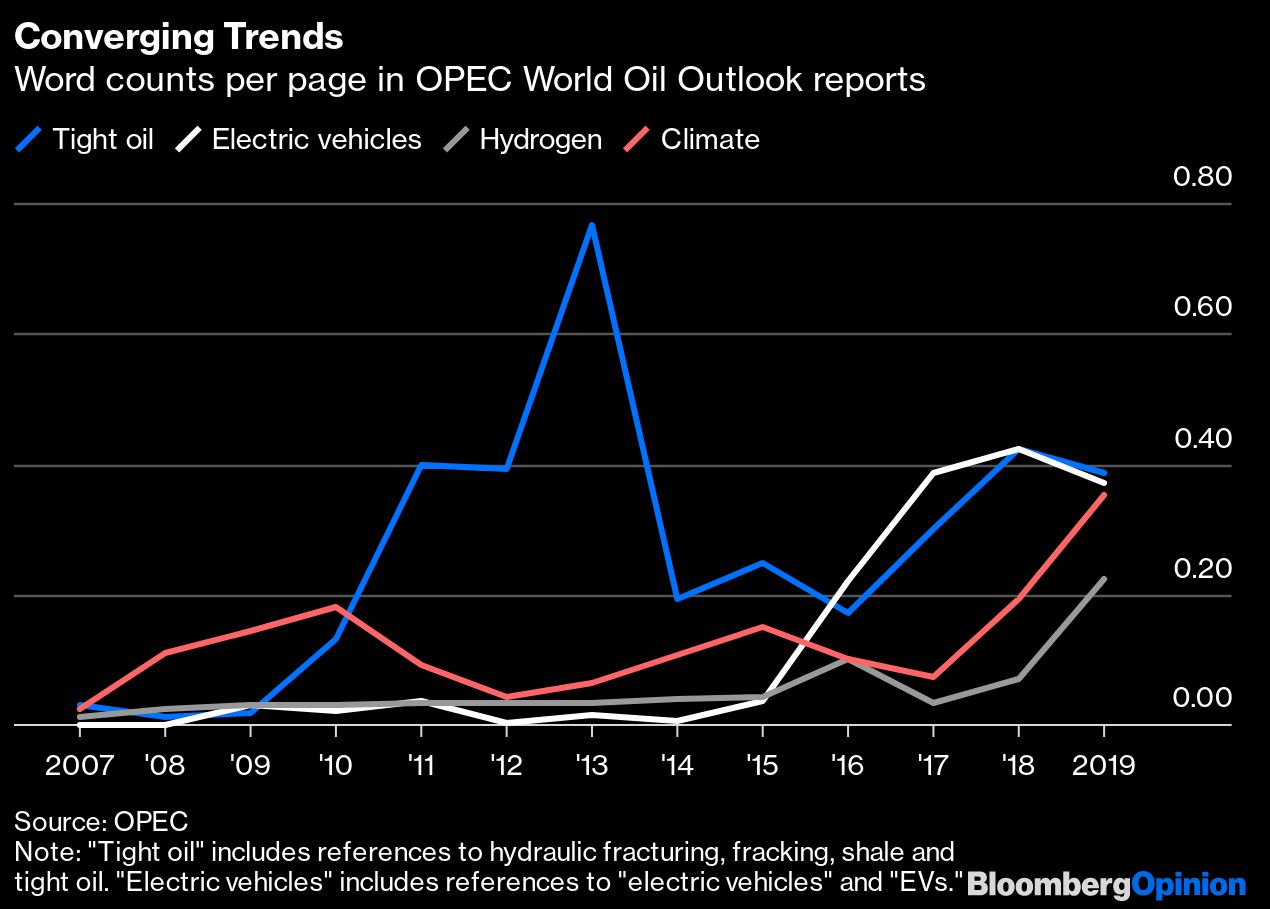 This year, the yield for the oil-dominated S&P 500 Energy Index passed the yield for the S&P 500 Utilities index. It’s happened once before, very briefly, but this inversion has now been going on for months and it seems robust. In September, Liam Denning and I looked at what this rather technical indicator means and its importance for showing what the market thinks of these sectors. For energy companies, an increasing dividend means that the market requires more cash from companies relative to growth in stock price; for utilities, a decreasing dividend means that investors price greater upside into stocks. The inversion of these two sector yields means that what was once priced as growth is now priced as value, and vice versa. 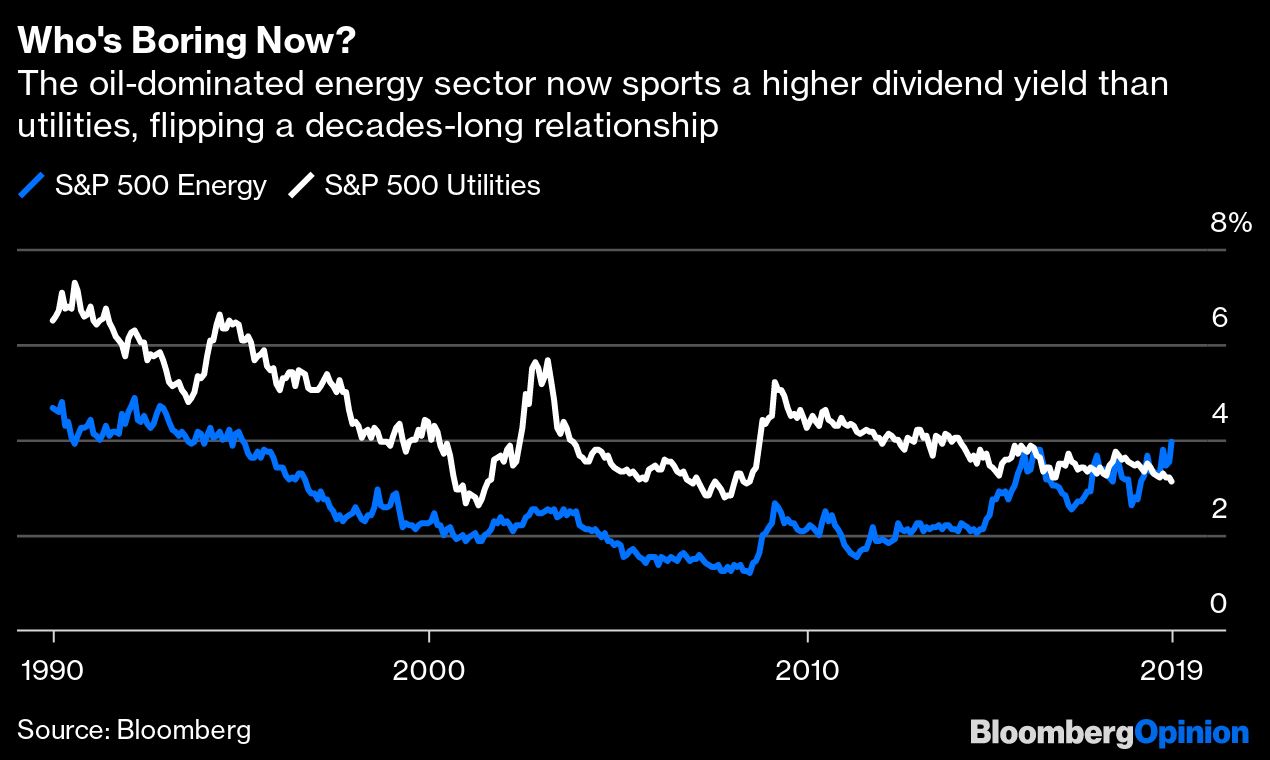 7. Porsche sales are ticking back up

It’s no secret that light trucks — pickups and sport utility vehicles — dominate U.S. passenger vehicle sales. Americans have never bought more light trucks as a percentage of new car purchases than they are doing right now. No one told Porsche, apparently. After years of declining sales of coupes and sedans relative to its SUV models, that trend has reversed slightly. In the next few years we’ll see if its first fully electric model, the stealth revolution’s Taycan, boosts its car sales back to over half its total. 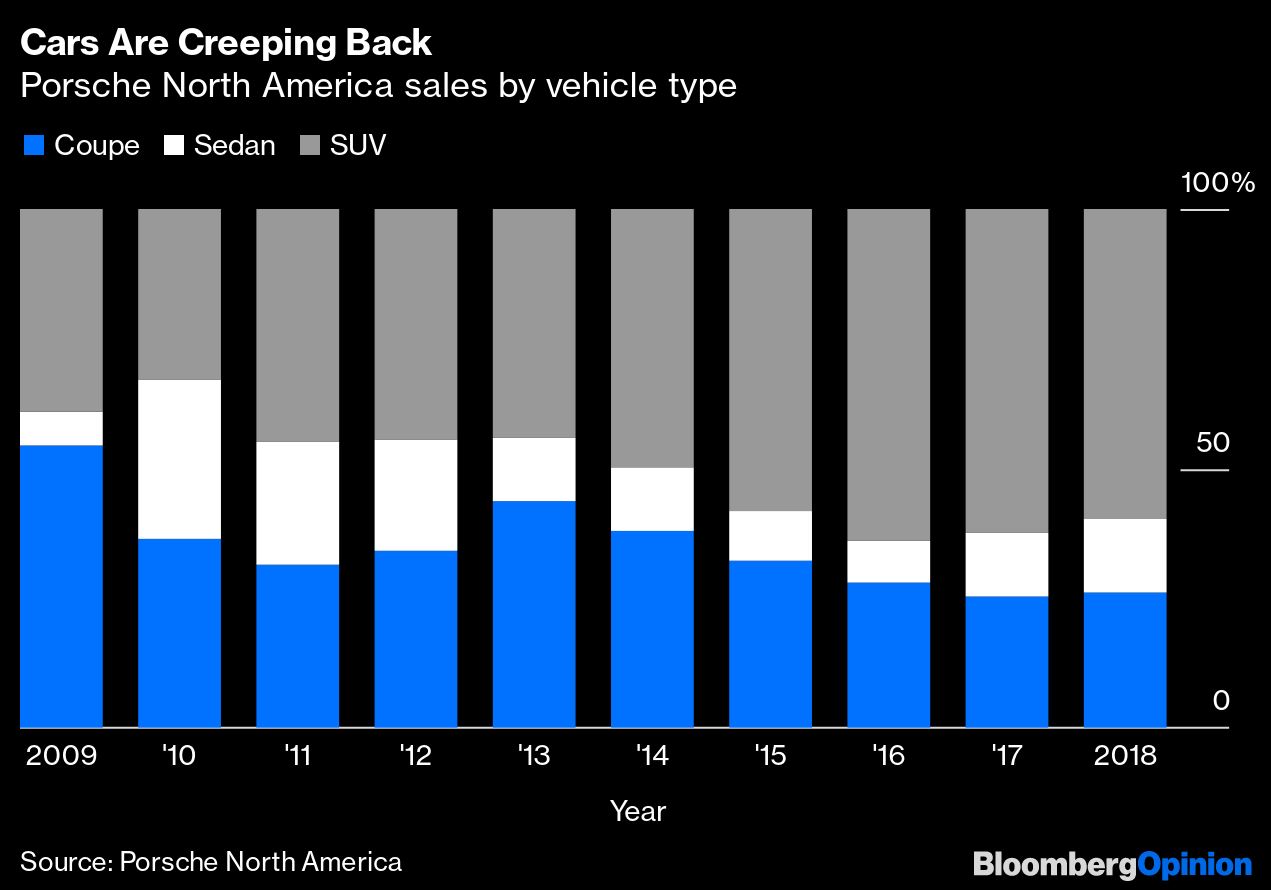 8. Drivers are old and car buyers are, too

A durable pattern has emerged for U.S. licensed drivers: Fewer young people (as a percentage of those eligible) are registering to drive, while more older people remain registered. Every U.S. age cohort under 60 has seen its percentage of licensed drivers decrease since 2001 — and every cohort older than that has seen its percentage increase. Not surprising, then, that car buying has also tilted older. In 2007, almost half of all buyers of new light-duty vehicles were under the age of 45. In 2017, more than half were over the age of 55. 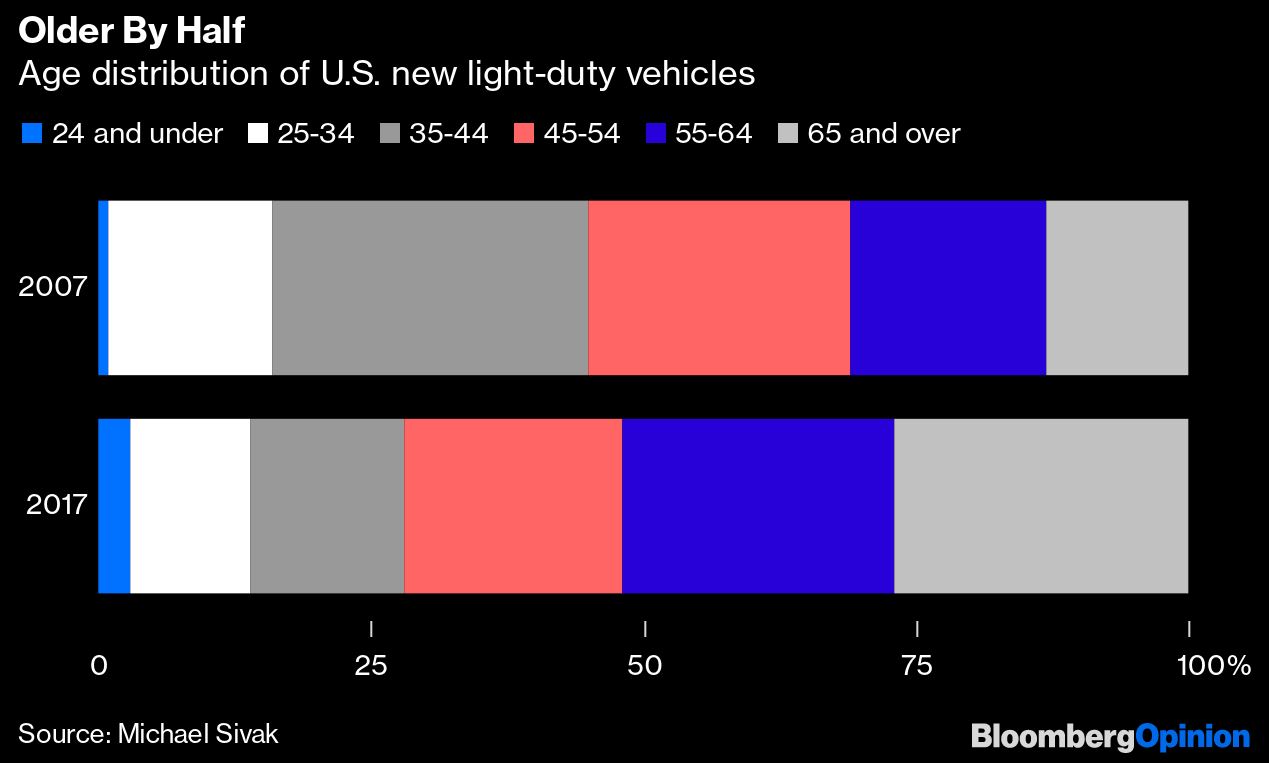 The U.S. isn’t really even on the extreme of this trend. Hong Kong’s professional drivers are, if anything, even older than U.S. drivers. Almost half of Hong Kong taxi drivers are over 60.

I always enjoy a long-dated data set, and one of my favorites in 2019 was the U.S. consumer price index for new cars, compared to the CPI for all items for urban consumers. What it shows is that all the way through the late 1980s, car prices increased relative to the total urban consumption basket. Since then, they’ve increased less, and since the mid-1990s, they’ve not increased at all. Cars cost what they used to, but they’re also far better than they used to be. Oh, and they live longer, too. The average age of a U.S. passenger car has doubled since 1970. 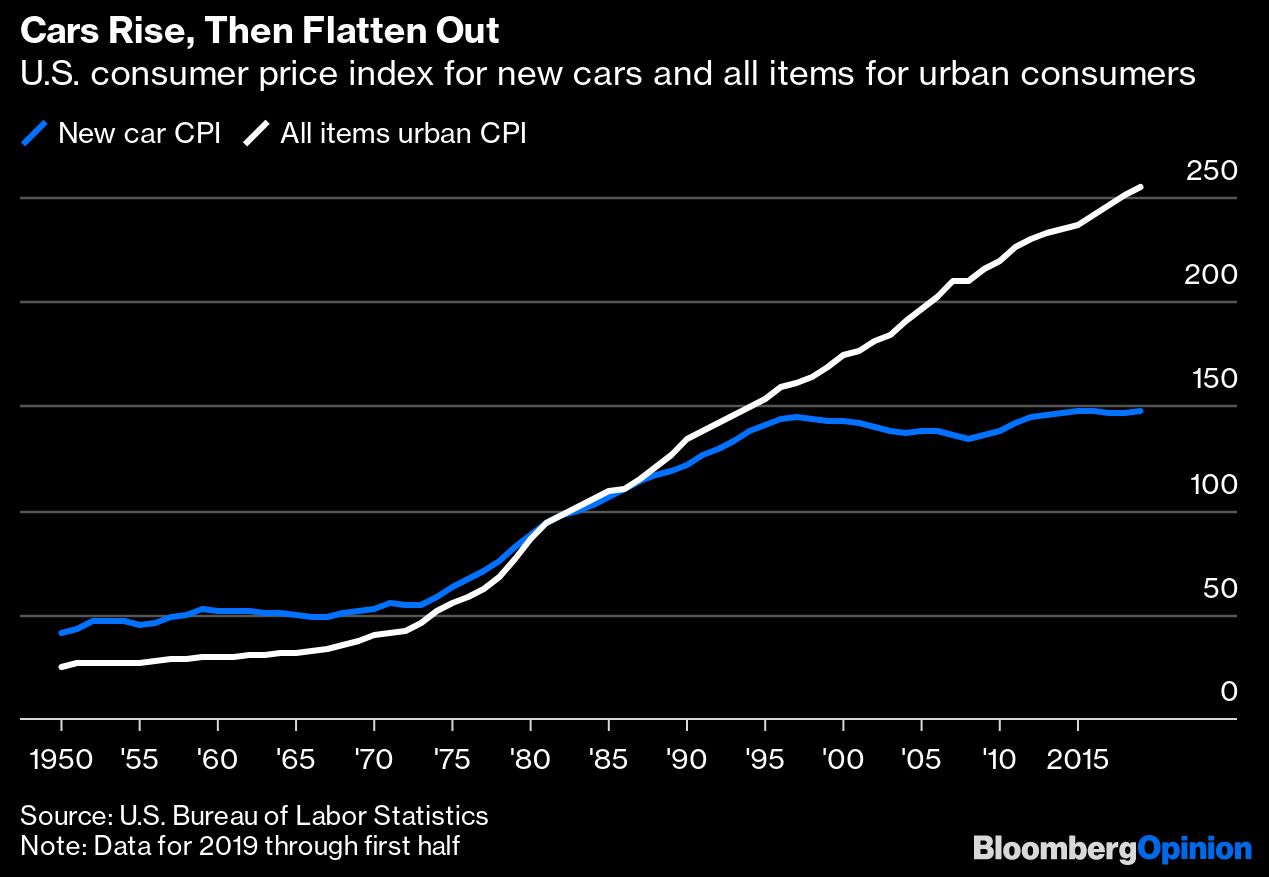 10. The battery of today (and tomorrow) wins a Nobel Prize

The lithium-ion storage battery was patented by ExxonMobil, commercialized by Sony and improved by a global value chain. This year, its inventors won the Nobel Prize for chemistry. The Royal Swedish Academy of Sciences said the three men “created a rechargeable world.” The lithium-ion battery market has always had a prime mover, so to speak — a particular sector that was the bulk of demand for its production. For years, consumer electronics were that prime mover; this year, electric vehicles became that prime mover. By 2025, BloombergNEF expects passenger EV demand for lithium-ion batteries to be more than four times greater than demand from consumer electronics. 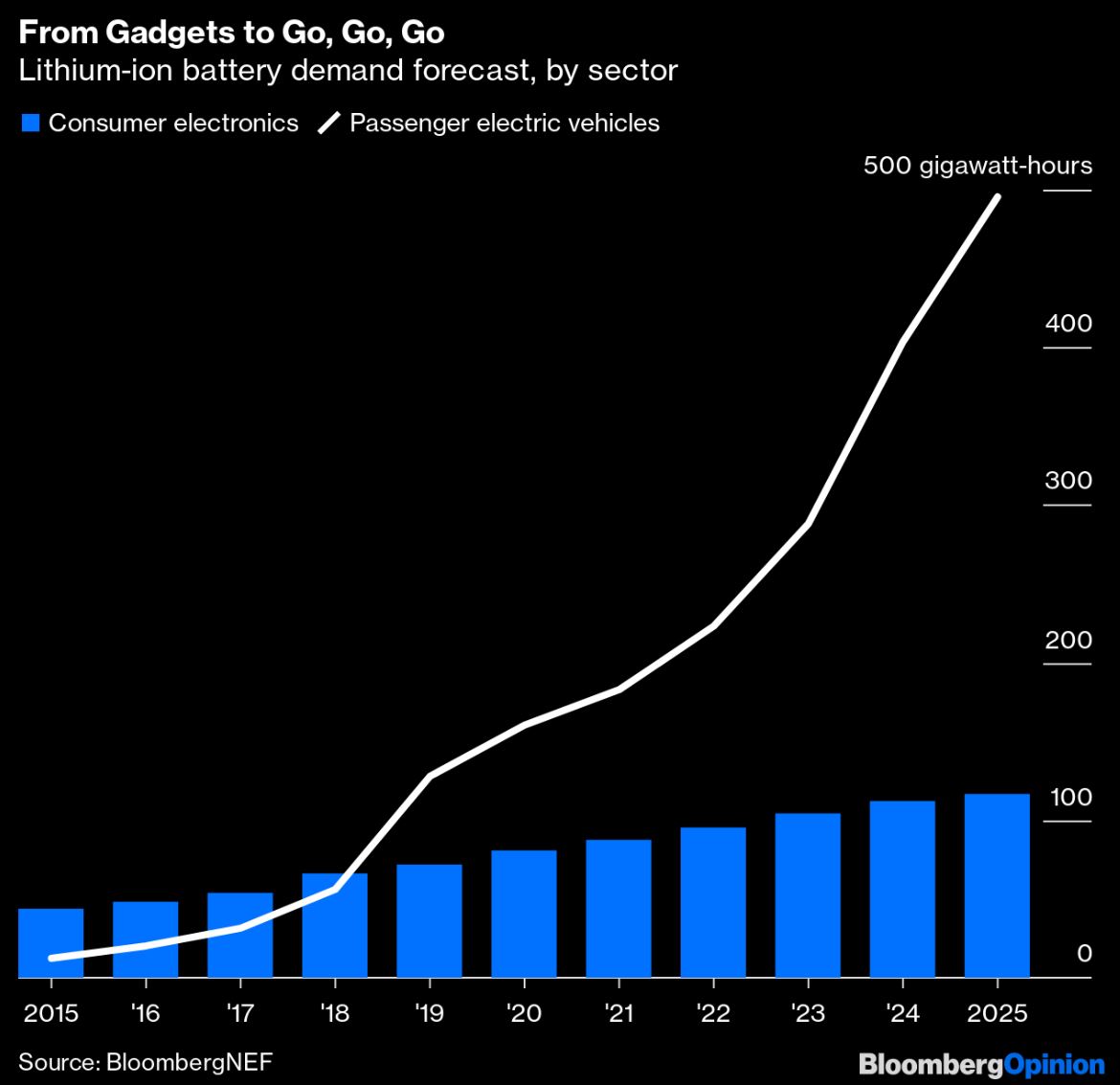