In 2006, California set itself an ambitious environmental goal: Reduce greenhouse gas emissions to 1990 levels by 2020. The Air Resources Board recently published its assessment of 2016 — and the state has already hit its 2020 target. California is on a low-carbon diet, so to speak, and the diet is working.

Emissions from California’s power sector have dropped 35 percent, while emissions from transportation fell only slightly. California has aggressive targets for renewable energy in its power generation mix, and the state is blessed with sun, wind, and innovative companies willing and able to build what’s needed to achieve a power mix that will eventually be more than half zero-emissions. 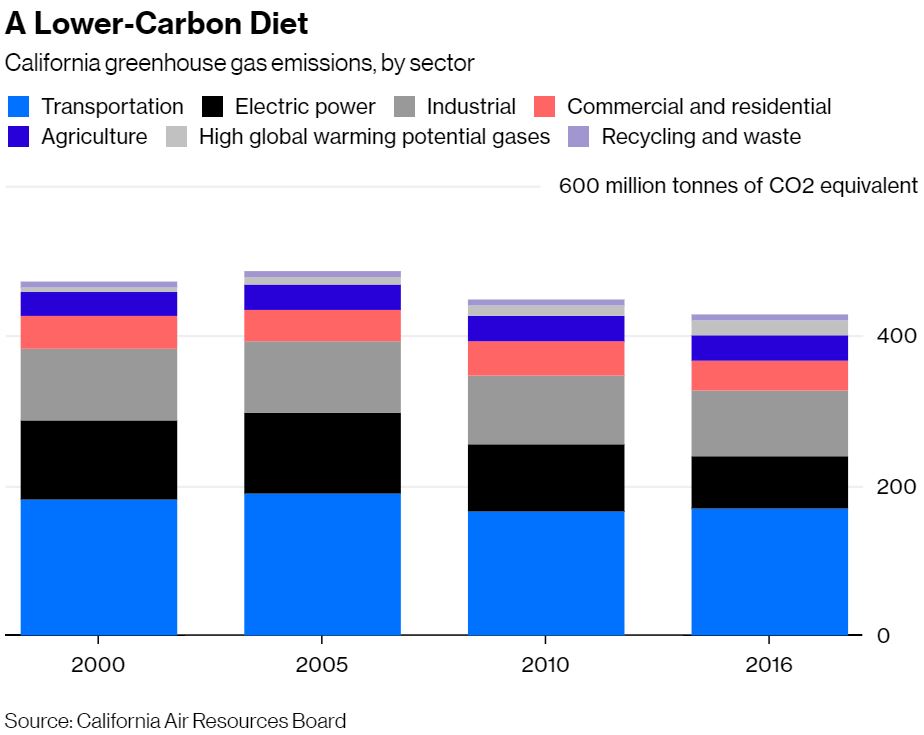 California achieved this milestone — a 13 percent reduction in emissions from their peak in 2004 — while growing its economy by 26 percent.

Emissions didn’t fall in every sector. In fact, agriculture, recycling and waste, and so-called “high global warming potential” gases all showed increased emissions. Those gases, in fact, more than negate improvements in the industrial, commercial and residential sectors. 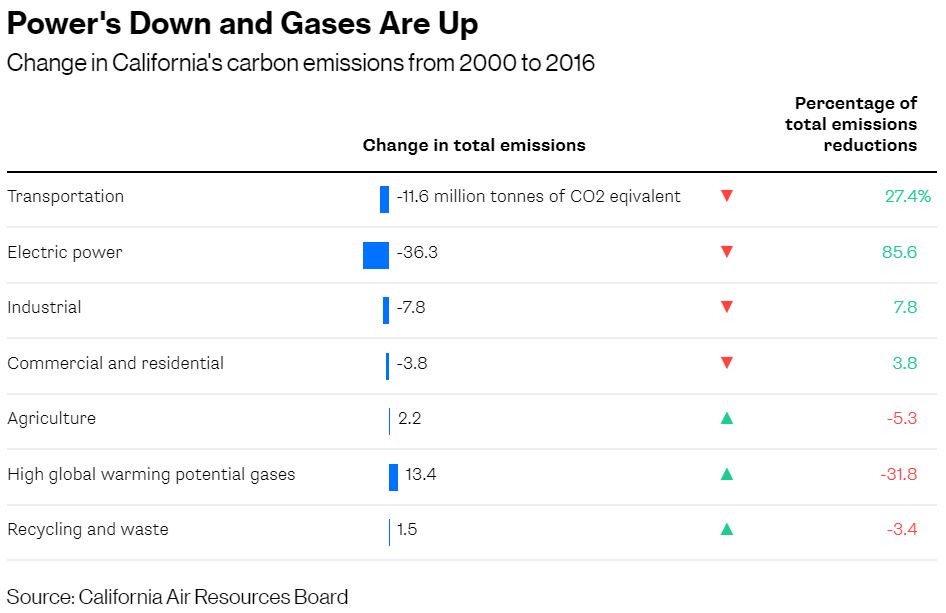 California’s story is one of significant decarbonization in electricity, modest reductions in transportation emissions, negligible reductions from industry and buildings, and a tripling of emissions of gases with high global warming potential.

Transportation emissions could continue to decrease, with higher fuel efficiency standards (provided Washington doesn’t invalidate them) and more electric vehicles on the roads. There’s another green shoot, albeit a tiny one, in that transportation story: substituting for cars.

Santosh Rao, a policy researcher at Uber, just published a report on the company’s electric-bike and hailed-car use patterns in San Francisco. He found that as a percentage of total rides, bike usage peaks during daylight commuting hours, while cars peak after dark. 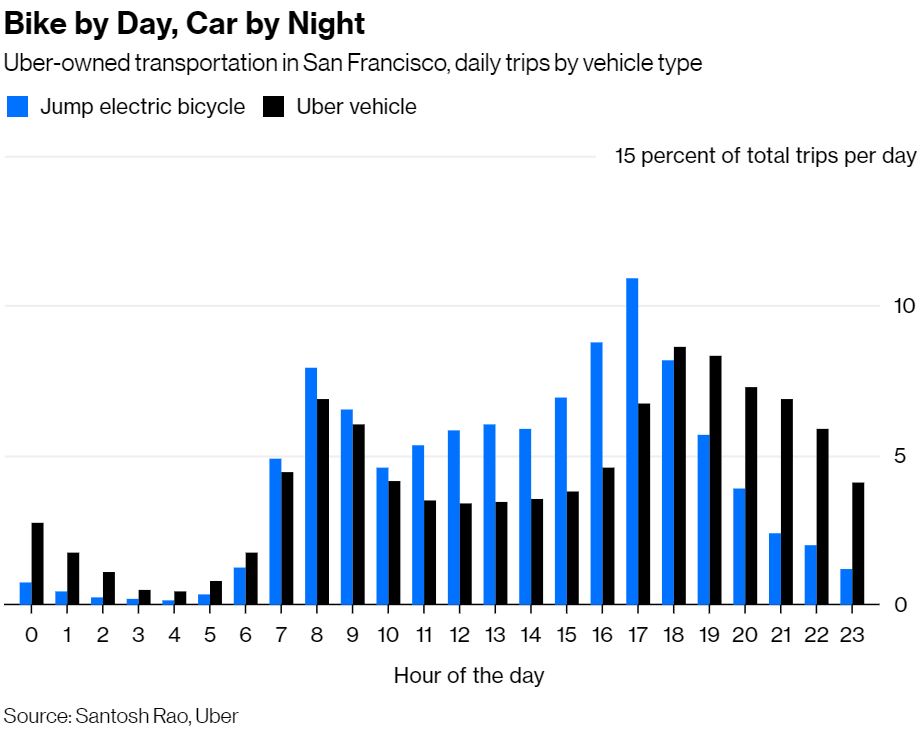 Moreover, Rao found that on one particularly rainy day in April:

JUMP trips were 78% lower than the Friday average. On the other hand, Uber trips saw a 40% increase which means, instead of being stranded, some of these riders replaced their usual Friday JUMP trip with an Uber ride. Riders were able to switch seamlessly between modes and reliably get to their desired destination.

This substitution effect is starting from a tiny and obviously urban base in California. But swapping a 3,000-pound internal combustion automobile for an 80-pound electric bike means a massive reduction in energy consumption for doing the same job of moving a person around.

California’s energy and emissions diet is working. Right now, transport substitution is a minuscule new feature in that diet, but it has much room to grow.