Bullard: How Far Will Insurers Go to Get Away From Coal?

Zurich’s policy states that the insurer generally will no longer underwrite or invest in companies that:

So while Zurich has not yet identified the companies that meet the recently announced guidelines, publicly available data offer some guidance on which companies this policy could affect.

First, and perhaps obviously, both revenue and volume thresholds exclude any companies that primarily mine thermal coal. It also would exclude at least one major diversified miner: BHP Group Ltd. BHP booked $43 billion in revenue in 2018 and has a current market cap of $137 billion; it produced more than 29 million metric tons of coal last year. Fellow diversified miners Anglo American Plc and Rio Tinto Plc produced less than 10 million tons each. 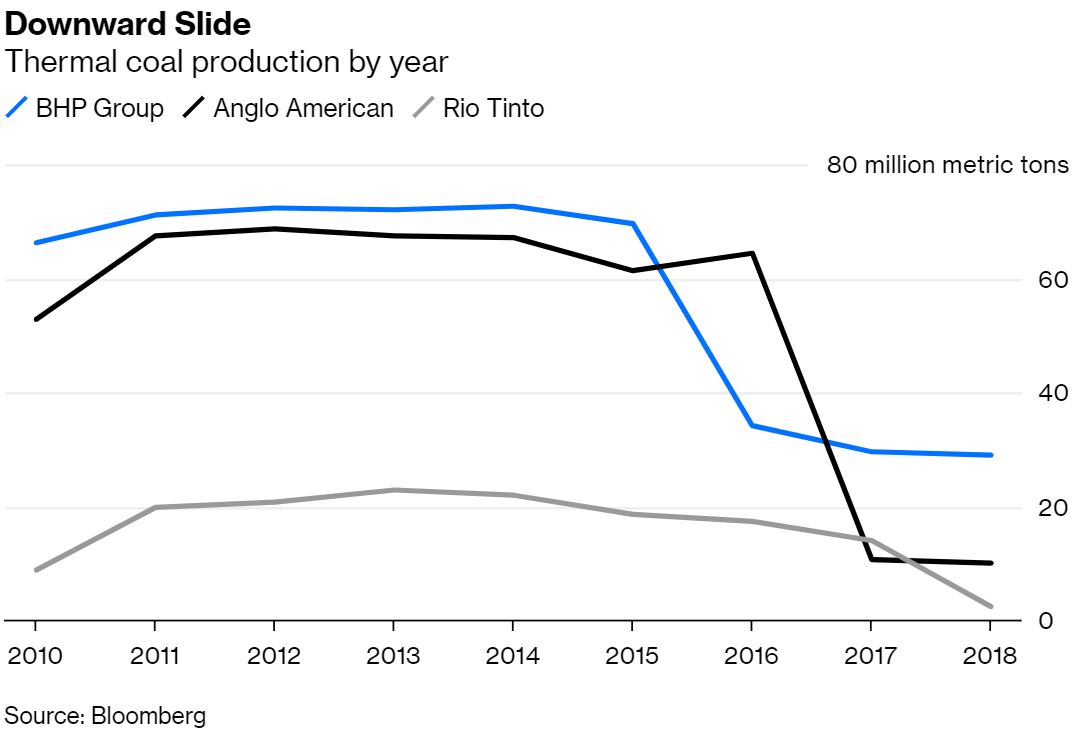 I don’t know if BHP is a customer of Zurich. I do know that BHP Chief Executive Officer Andrew Mackenzie, speaking during the company’s second-quarter 2019 earnings call in February, said BHP’s thermal coal strategy isn’t a growth strategy:

The message from met coal is quite different than it is for energy coal. We are comfortable with our position in energy coal at the moment, but this is not something that we will seek to grow going forward. And we will continue to examine whether or not this is something to be competitive to remain in the portfolio.

And as the Financial Times recently reported, “BHP Group is exploring options for its thermal coal business including a disposal amid a growing investor focus on environmental, social, and governance issues.” This exploration — or examination, as Mackenzie calls it — is in the very early stages, according to the Financial Times. It is beginning, though, at the same time that Zurich plans to start talks with clients and the companies it invests in regarding their exposure to thermal coal, oil sands and oil shales and their transition plans away from that exposure.

Though Chubb’s new policy does not include oil sands, its coal-related insurance policy is similar to Zurich’s:

There’s something worth noting here: Chubb will consider exceptions to this policy until 2022 “in regions that do not have practical near-term alternative energy sources” to coal. That’s not a long window of time, but it is a very wide range of assets and companies. It’s Southeast Asia-sized, in fact, where there are more than 100 gigawatts of coal-fired capacity under development: 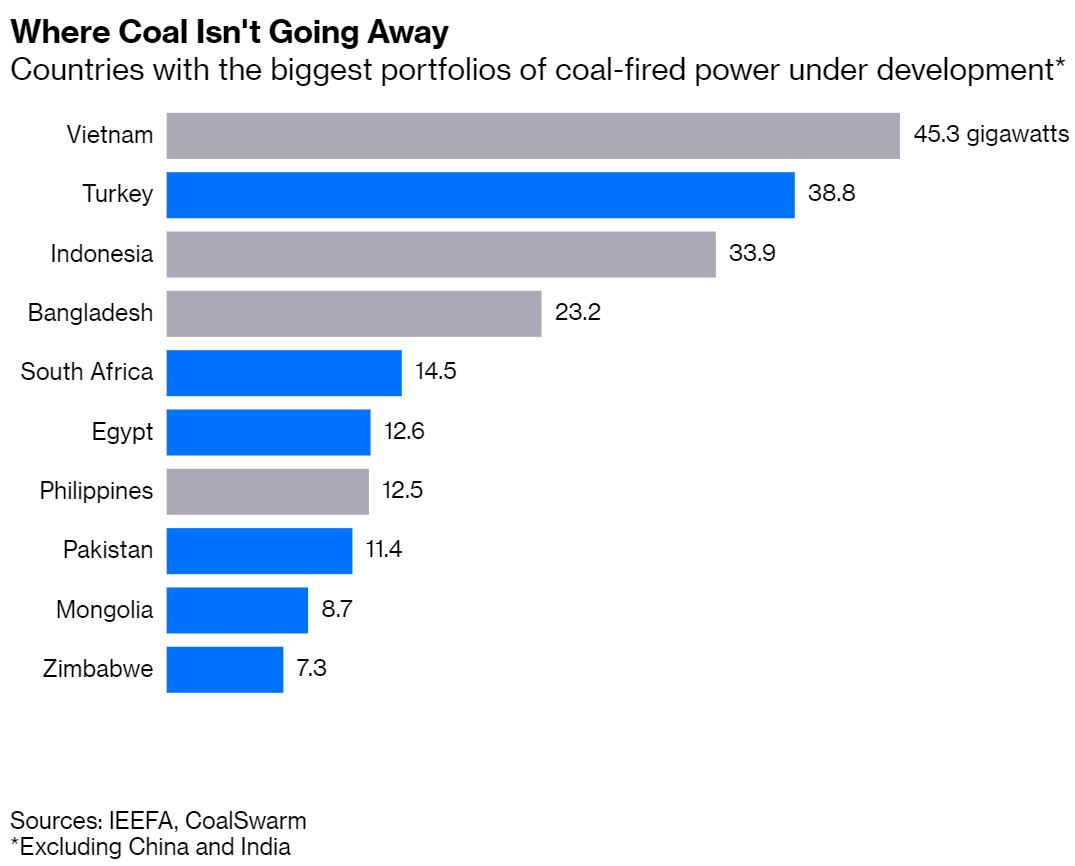