California Is Plenty Green But Iowa Has the Cleanest Power

California may be America’s clean-energy capital, but let’s give Iowa and North Dakota some credit too.

Aggressive environmental polices under Governor Jerry Brown have given rise to vast wind and solar farms, allowing California to generate almost one-third of its electricity from renewable sources. Meanwhile, Iowa has one of the nation’s least ambitious clean-energy targets and gets as much as 40 percent of its power from wind and solar farms. 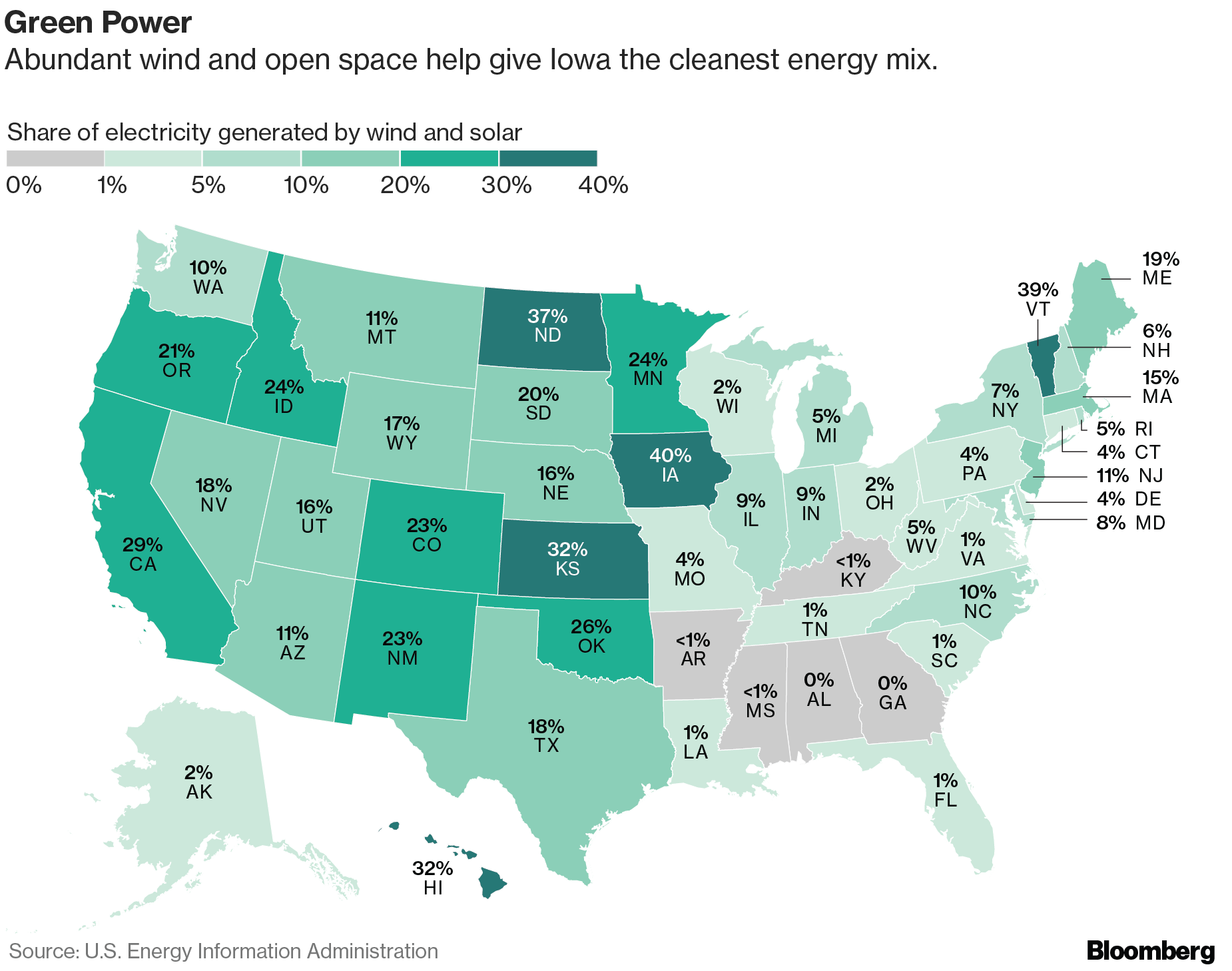 The disparity between a state’s green goals and its green power show that economics, geography and population can play a larger role in renewable energy development than policy. California and New York have some of the most aggressive targets in the U.S. But Iowa and North Dakota still have higher ratios of clean energy.

“In those states, the economics just really work out for renewables,” said Brian Lips of the North Carolina Clean Energy Technology Center, which tracks state clean energy goals. “They have a very good wind resource.”

Much of it boils down to geography. Iowa and North Dakota have the advantage of being largely flat, treeless and sparsely populated. That’s ideal for wind farms. 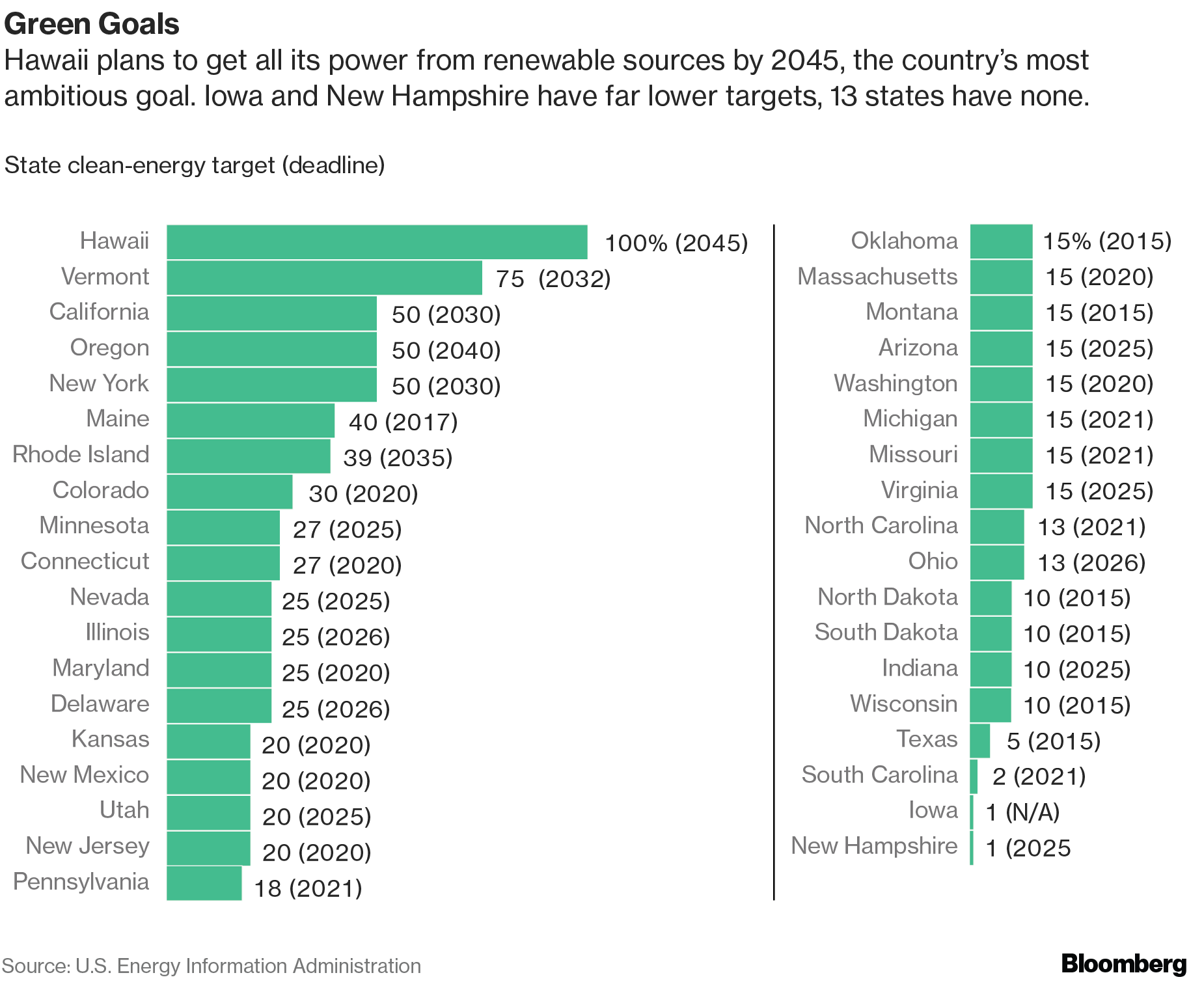 In the long-run, the green ambitions of California, New York and other large states may surpass smaller rivals. Critics scoffed in 2009 when California set out to source 33 percent of its electricity from renewables by 2020, saying it would be too costly. Eight years later, the state is already at 29 percent.

“Everyone was a little surprised how well we did,” said Peter Miller, a western states director at the Natural Resources Defense Council.

California is now aiming to get 50 percent of its energy from renewables by 2030. If Brown gets his way, the state will shoot for 100 percent by 2050.