How China is Looking to Create The Next Green Wave

China was nearly ten years late to the global green bond party, but when the world’s largest emitter of carbon dioxide did show up it certainly made an entrance. Chinese issuance of green fixed income – notes specifically earmarked to fund green projects and activities – surged from $1 billion in 2015 to $34 billion in 2016. Almost overnight, China became the world’s largest green bond market.

But the party hasn’t been the same since. By 2017, annual volumes fell back down to $29 billion and the promise of a China-led green financial system wobbled. Let’s be clear – while it is tempting to focus on this green sliver of the fixed income market to diagnose a green slowdown, these volumes generally reflect the story of China’s wider bond market – namely a credit-tightening policy and exclusion from major global indices. But there are a few quirks specific to the green play that are worth mentioning: 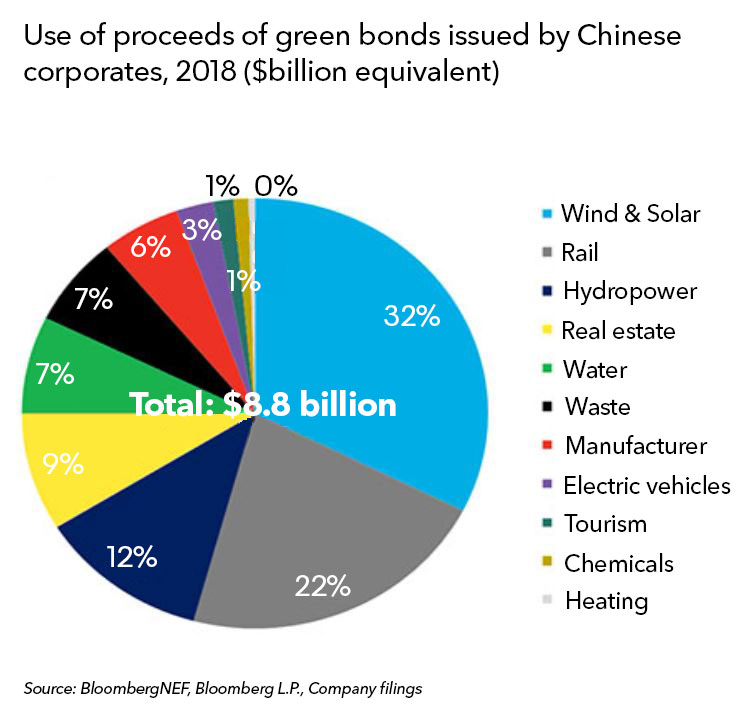 China wants its own green party

So, almost as quickly as China arrived at the green bond party, it seemed to be flagging. But, that’s not the end of the story. China’s impressive entrance was nothing more than a dry run. China just popped its head into the room to view the decor, with a longer intention to start its own party – on its own terms. And it might just be able to pull it off. Here are market observations that suggest a shifting tactic in Chinese endeavors to scale green finance to unprecedented volumes:

China is building a bigger venue

While the European Commission focuses efforts to build a discretionary EU Green Bond Standard, China is creating a vast web of provincial and national directives to drive green growth. At the local level, each of China’s 31 provinces penned policies to spur green bond issuance in 2018. These policies take various forms – some, like Sichuan province, eye monetary subsidies for green bond issuers. Other provinces, like Jiangsu, aim to reduce barriers to lending for small and medium-sized issuers. Guangdong province goes one step further, with a green finance pilot zone for green innovations. Direction may still come from the top, but China’s regional approach to scaling green finance more closely mirrors the innovation of private sector-led initiatives more widely seen in Europe. At the national level, China is testing something new – exploring ways to increase the demand for green securities. Since June 2018, the central bank has included AA-rated green bonds as qualifying collateral for bank lending, in the hope that banks will prioritize investment in green products.

China companies are diversifying the use of green proceeds

There is no shortage of potential opportunities to finance China’s green transformation. BloombergNEF expects China to be the largest single market for wind and solar investment through 2050. But in order to appeal to a wider investor base, the market needs to diversify the use of proceeds into other sectors. China is looking to do exactly that, and it seems to be working. Of the total corporate green credit issued in 2018, only 32% was earmarked for wind and solar projects, compared to around 50% for the equivalent overseas. The rest went to a combination of rail, hydro and other sectors like tourism, waste and manufacturing. China is also scaling asset-backed securities to finance non-energy activities like electric vehicles and water – something that has proven challenging in Europe. 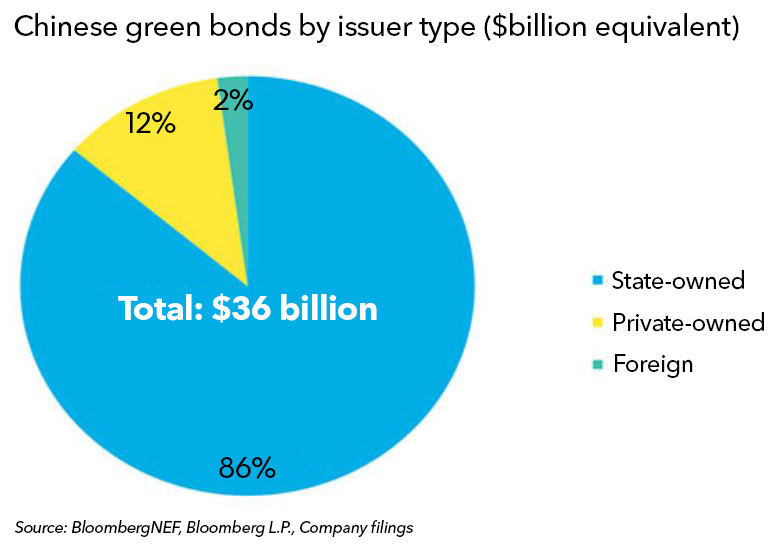 Even with policy efforts to drive domestic demand, China knows that attracting global investment for domestic debt is crucial in attaining green dominance. So the country is taking three crucial steps to attract a global audience:

1. Increase overseas awareness – State-owned banks are venturing offshore to test the markets and understand what questions green bond investors are asking. Chinese state-owned banks raised 20% more capital overseas in 2018 than in 2017, with securities sold in Hong Kong, London and even Tokyo. 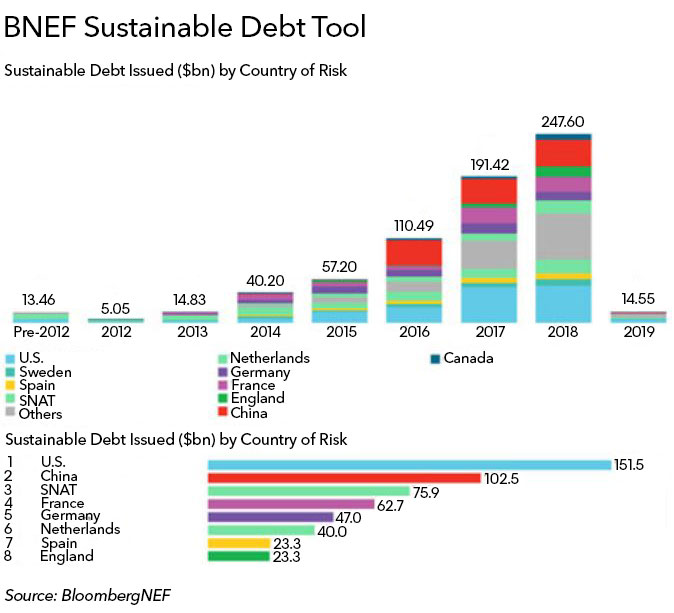 But coal will keep the investors away

Questions remain on the position of ‘clean’ coal as an acceptable use of proceeds, particularly for green bonds from state-owned financial enterprises. In the last few months, rumors have circulated that the Chinese regulator will remove coal from the list. However, the updated Green Industries Guidance Catalogue by the National Development & Reform Commission (NDRC) dispels any such rumors, at least for the time being. The fact remains that China’s coal addiction is not going away any time soon. In fact according to BloombergNEF, peak coal generation in China won’t happen until 2024. International investors will need to decide if financing clean coal is an acceptable use of proceeds to help China’s transition, or if more urgent action is needed in the face of a warming climate.