China’s Elon Musk Is Ready for His Star Turn

For decades, financial pundits in China have been placing Wang Chuanfu, the visionary green technology entrepreneur and chief executive officer of battery and electric vehicle maker BYD Co., at the doorstep of the pantheon of industrialists who dominate the global automotive industry. Nine years ago, mega-investor Warren Buffett took a 10 percent stake in BYD. But gasoline-powered vehicles continued their dominance in China and worldwide, leaving Wang in the shadow of auto chieftains such as Renault’s Carlos Ghosn, General Motors’ Mary Barra, and Volkswagen’s Matthias Müller.

Now, 22 years after he founded the company, Wang may finally be proved right. BYD’s shares are back to stratospheric levels as investors bet new environmental rules in China will supercharge sales at BYD, which has grown into China’s largest seller of electric vehicles. The government said in September it’s working on a timetable for ending the production and sale of fossil-fuel-powered vehicles on the mainland and unveiled a cap-and-trade program that would force makers of gasoline-powered cars to buy credits from electric vehicle makers or step up their own efforts to make such vehicles. Either outcome could be a bonanza for BYD.

Wang expects that China will require utility vehicles such as buses, taxis, logistics automobiles, and sanitation trucks to go electric by 2025 and order an end to sales of all exhaust-emitting vehicles by 2030. That would match the aggressive promises by countries such as the U.K. and France. “The harvest season is about to come,” Wang says. “China’s timetable won’t be behind that of European countries.” 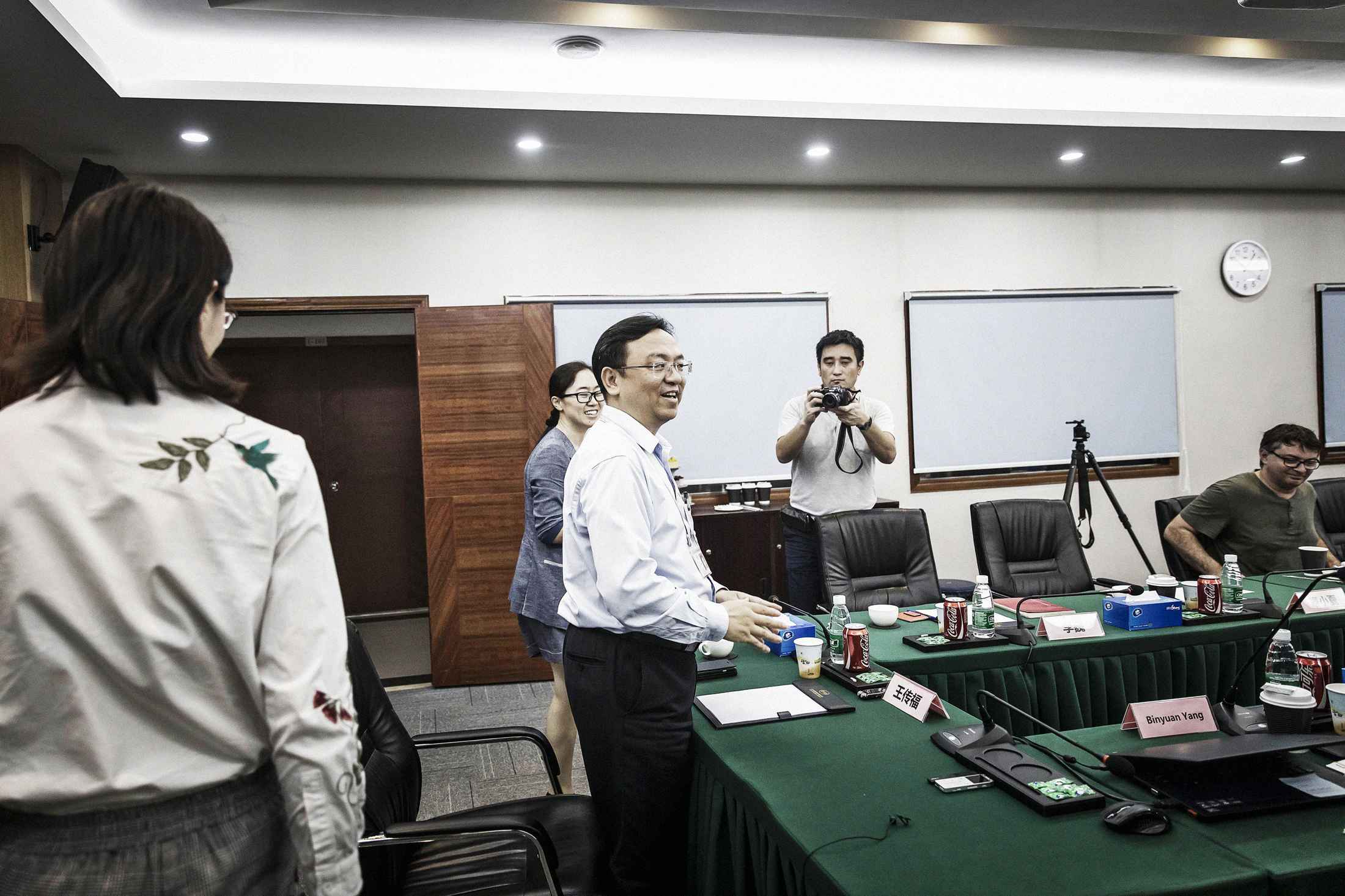 Investors agree. Since August, BYD’s shares—traded in Hong Kong—have jumped 44 percent, to about HK$70 ($8.97), and JPMorgan Chase & Co. auto analyst Nick Lai forecasts that the stock could rise almost 40 percent further—topping the high reached in 2009 after the news of Buffett’s involvement.

BYD is a hardware innovator built around a core technology of battery cells and, as a Chinese company, may be in a unique position to make electric vehicles affordable, says Bill Russo, founder of investment advisory firm Automobility Ltd. “As China’s leading volume EV maker, they appear to be much better positioned now than at any time in their history.”

While Wang has often been called China’s Elon Musk, it might be more accurate to say that Musk is America’s Wang Chuanfu. Both rose to prominence by betting big on the possibilities of lithium ion batteries to power vehicles and break the century-old stranglehold of the internal combustion engine. But Wang was usually ahead of the U.S. innovator, starting his business as a maker of cell phone batteries and building his first large-scale vehicle-battery plant in 2003. Wang sold his first mass-market EV in 2008, constructed his first solar panel factory in the same year, and began production of electric commercial buses in 2009. Tesla Inc., which delivered its first EV in 2008, got into solar panels in 2016. 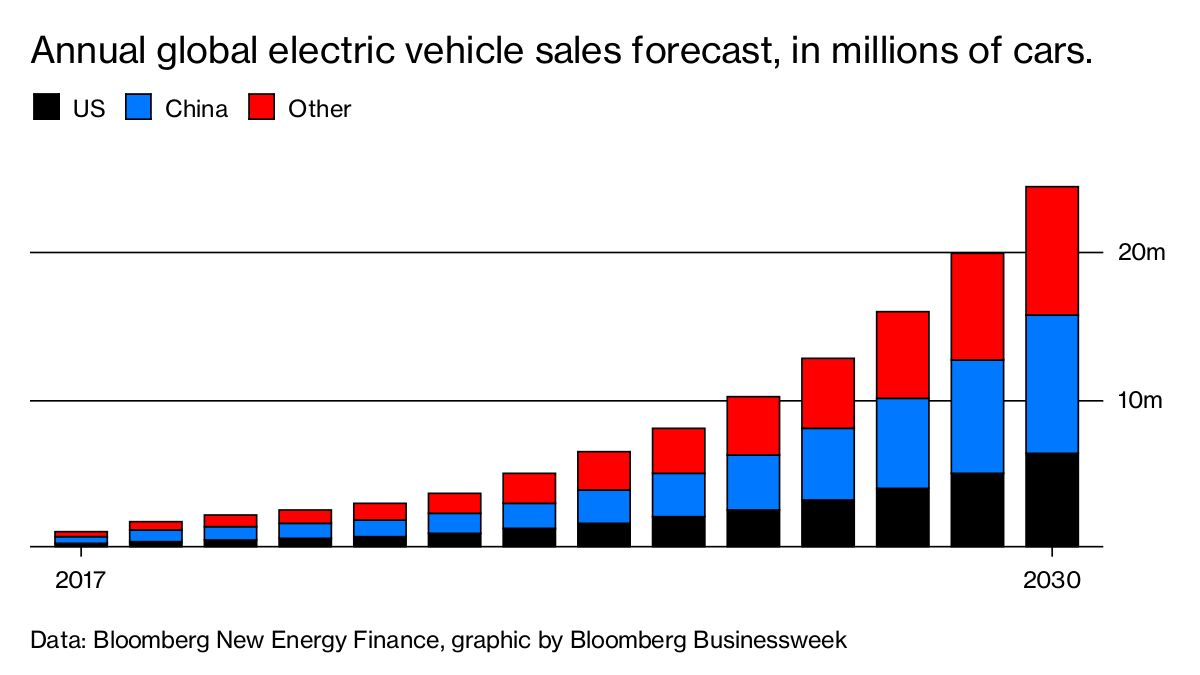 Moreover, Wang is the undisputed leader in two key metrics: vehicle sales and profits. Last year in China, BYD sold 100,183 new-energy vehicles (China’s term for EVs and hybrids), and its electric buses operate in 200 cities around the globe. Tesla sold 76,230 electric cars worldwide and has yet to begin sales of new-energy trucks or buses. BYD boosted net income by 79 percent, to 5.1 billion yuan ($768 million), last year and has never recorded a loss since it went public in 2002. Fourteen-year-old Tesla has yet to turn a profit as it invests heavily in product development.

While Musk has ventured into space rockets and a futuristic mode of tube-based transportation, Wang’s ever-growing portfolio of businesses is anchored on rechargeable batteries and solar power—for phones, autos, electricity supply, and, most recently, monorail trains. Tesla’s Gigafactory 1 in Nevada began production of battery cells this year and is expected to reach capacity of 35 gigawatt-hours per year by 2018. BYD already has 16GWh of vehicle battery-making capacity and is talking to other automakers about supplying them with batteries, according to Wang. 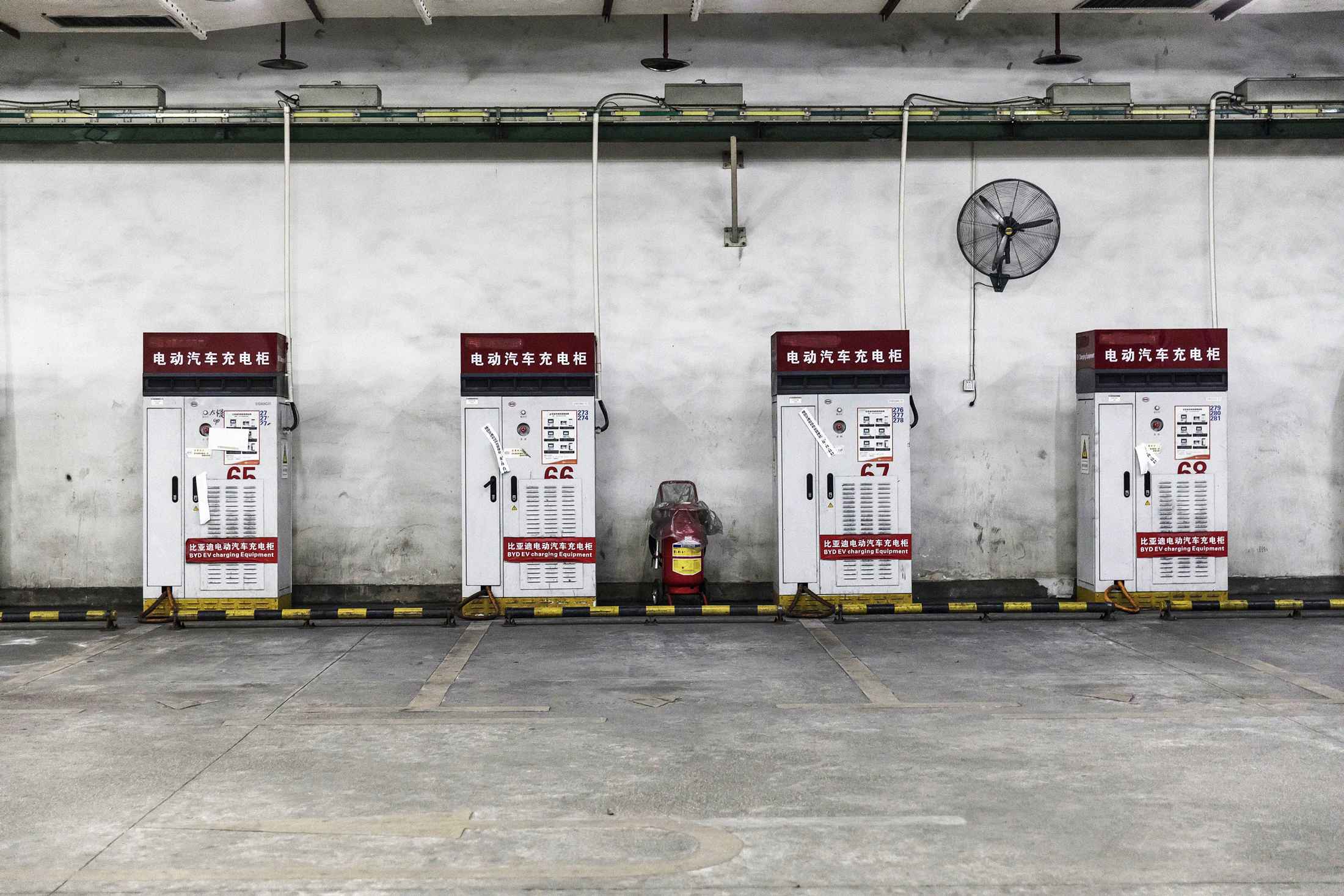 Wang “recognized that one of the key elements to making these batteries at high quality was less the technology in the battery than it was in being able to manufacture them,” says David Sokol, the former Berkshire Hathaway Inc. executive who traveled to China to investigate the investment for Buffett in 2008 and later sat on the BYD board. “His genius was recognizing that the quality of manufacturing would make the difference.” BYD—short for Build Your Dreams—is pursuing what Wang calls his Three Green Dreams: solar farms, energy storage stations, and electric vehicles, which can all help with the world’s sustainable development.

Wang has had his share of skeptics. When he announced that his phone-battery business was going to acquire an automaker in 2003, investors fled and the stock fell 31 percent in three days. Five years later, BYD’s F3 compact was China’s best-selling car model, and the company had begun sales of its first dual-mode plug-in vehicles. That was the year Buffett’s MidAmerican Energy Holdings Co., now called Berkshire Hathaway Energy Co., struck a deal to acquire 10 percent of BYD for HK$1.8 billion ($232 million at the time). The American company’s investment is now worth almost HK$16 billion. Wang “is an incredibly smart individual,” says Sokol. “Everywhere we went to see their facilities, it was clear he was in the details.”

China’s total new-energy vehicle sales were only 24,000 units in 2008, but by 2015, BYD was the world’s biggest producer of electric cars and had expanded into electric buses, forklifts, road sweepers, and light trucks. A year later, South Korean giant Samsung Electronics Co. joined the party, paying 3 billion yuan ($449 million) for 2 percent of BYD—almost double Buffett’s investment for one-fifth as large a stake in the Chinese company.