China’s new silk road stretching into the heart of Europe may be what ultimately delivers more climate-friendly technologies like batteries and electric cars.

The trade route known in Beijing as the Belt and Road Initiative is spurring $1 trillion of investment on rail, highways and ports linking Europe and Asia. China’s renewable-energy companies already are using the initiative to open new markets in southern Asia, the Middle East and Africa, according to Bloomberg New Energy Finance.

Austrian executives gathered outside Vienna to discuss the future of energy are banking on similar market-making effects in Europe. They anticipate the scale of manufacturing from China and quicker market access through the Belt and Road links to drive down the costs electric cars and energy storage technologies in Europe.

“It’s not a question of if but when, because it’s happening,” Verbund AG Chief Executive Officer Wolfgang Anzengruber said Wednesday at a green energy conference in the small Alpine town of Fuschl, Austria. “If China says it, it is so.”

China’s market-making role in Europe extends beyond developing EVs and is striking at the heart of traditional European businesses, according to Wolfgang Hesoun, chief executive officer of Siemens AG’s Austrian unit, which employs 2,500 workers making trains and trolleys.

“The best ideas come from outside,” Ramon Vullings told the energy executives gathered in Austria. The Dutch consultant said he traveled China’s ancient silk road for 1 1/2 years in a bid to bring back new ideas to help Europe’s companies deal with transition to renewables. 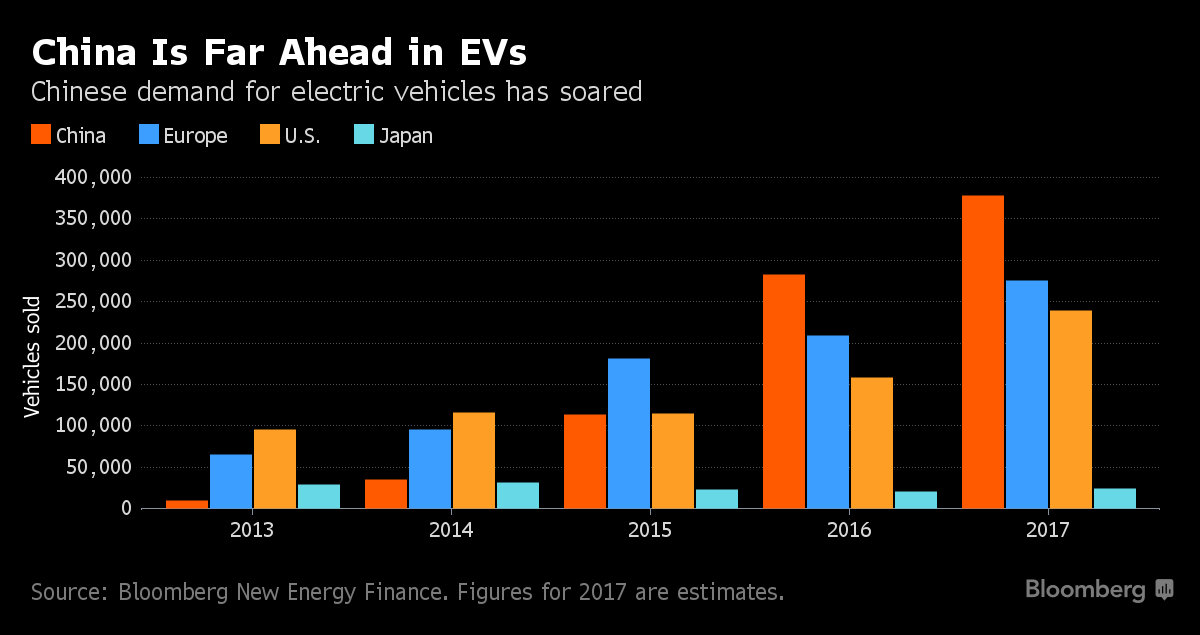 European companies will only be able to challenge Chinese companies by developing “locally-oriented” supply chains that cultivate customer loyalty, Hesoun said at the event a day after Siemens merged its rail unit with Alstom SA.

Similarly, just how quickly European companies can develop things like the lithium-ion batteries — used in electric cars and grid-balancing systems — depends on how much demand there is for those things consumers in China at the other end of the Belt and Road.

Automakers who employ 300,000 in Austria — and supply German giants Volkswagen AG and Daimler AG — are looking for ways to use electric cars to tap into China’s market of 1.4 billion people.

“We need to start developing these technologies because if we don’t, others will,” World Energy Institute Secretary General Christoph Frei said, adding that China’s huge market is leading the green energy shift.