The European Union is preparing to make its emissions-trading system, the world’s largest, immune to a potential supply turmoil in the case the U.K. pulls out from the region’s carbon market as part of Brexit.

The European Parliament will vote on Wednesday on a proposal that would prevent companies and airlines in the EU Emissions Trading System using carbon allowances issued by the U.K. from 2018 should the country decide to leave the cap-and-trade program, according to a draft document obtained by Bloomberg News. The provision, to be sponsored by four political groups, will be submitted as part of a revision of the bloc’s carbon market law to update rules on aviation. 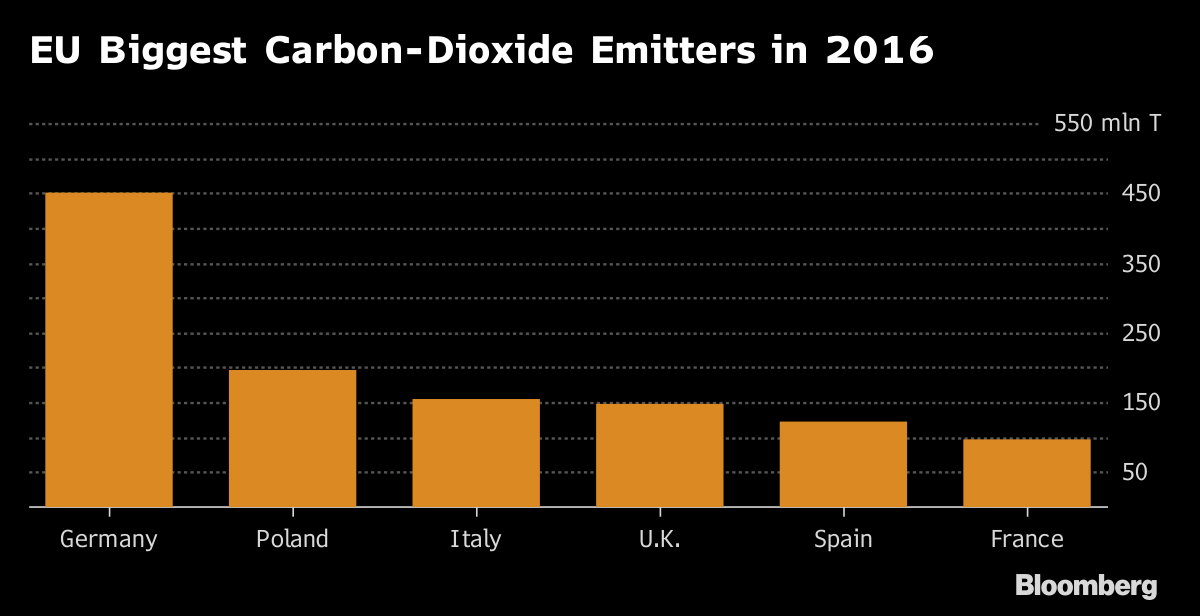 Before the vote, the draft law will be discussed by members of the EU Parliament on Monday after the assembly’s plenary session starts at 5 p.m. in Strasbourg, France. The Brexit-related provision will be submitted as a joint amendment sponsored by the Christian Democrat, Socialist, Liberal and Green groups.

The EU carbon market imposes emission quotas on around 12,000 facilities owned by manufacturers and utilities, and forces those that exceed their caps to buy permits from businesses that emit less. It also covers aviation under a law that is being revised following a global deal to cut pollution by airlines.

Prices in the EU market lost almost 70 percent over the past nine years as an economic crisis cut industrial output and imports of United Nations carbon credits aggravated a surplus of permits. Emitters must hand in allowances to match the previous year’s emissions by the end of each April.

The revision of the emissions-trading law needs to be approved by the European Parliament and member states to enter into force. The Brexit-related amendment would disable British emitters selling permits issued by the U.K. from 2018 or bought at auctions held by its government if their obligations under the EU market were to lapse.

The proposed legislation mandates the European Commission to draft a separate measure in order to implement the provisions. It can be done through an update to the EU regulation on carbon registry.

While the U.K. hasn’t decided yet on whether it wants to stay in EU’s ETS after the country has completed its withdrawal from the bloc, a government official with direct knowledge of the matter said in December it would prefer to remain in the cap-and-trade system.

The thinking of Prime Minister Theresa May’s administration is that the benefits of being in the EU-ETS are better than those of withdrawing, said the official, who asked not to be named. Should the U.K. remain in the European emissions market, it would shore up demand and prevent spare allowances from exacerbating a glut, according to Bloomberg Intelligence.