Germany’s pioneering turn toward clean energy is approaching another milestone with a new round of auctions for wind power expected to push the price of electricity from renewables to record lows. Rules for tenders in the next contest were implemented to bring wind and solar growth under control after capacity outpaced the German grid’s ability to absorb new flows of power and burdened consumers with higher costs. The auctions will test whether Europe’s industrial engine, which still produces more power from coal than renewables, can achieve its climate commitments.

1. Why did Germany introduce the auction system?

By putting fixed annual volumes of clean power out to bid, Chancellor Angela Merkel’s government is trying to ease costs on German consumers who’ve been footing the bill for the green transition in their electric bills. Previously, incentives were awarded through feed-in tariffs, which granted all developers with qualifying projects a fixed electricity price. Auctions force companies to bid lower prices than their competitors in order to build capacity. The new system also gives government more control over the pace of renewable expansion — a change likely to be welcomed by some German neighbors overloaded with intermittent energy flows. 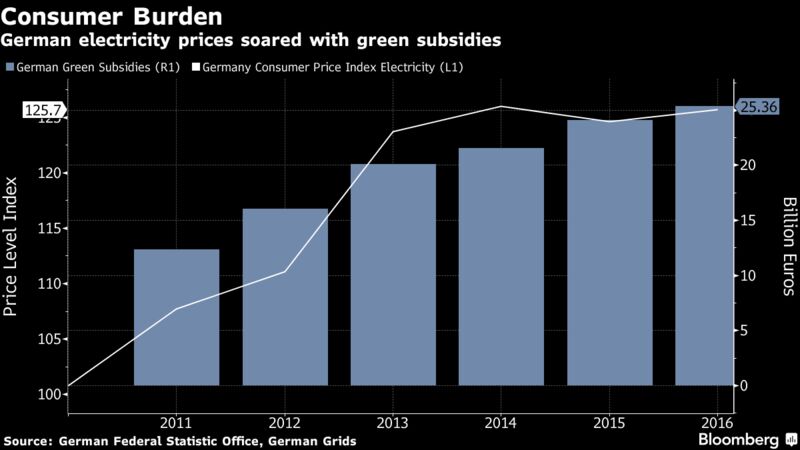 2. How do the auctions work?

Companies wanting to provide wind and solar power will submit bids to win 20-year supply contracts, guaranteeing a price for their electricity. The lowest bids win the right to develop projects. The same rules already have been applied to the solar industry, driving prices to record lows. About 600 megawatts of additional solar capacity will be tendered this year, along with 2.8 gigawatts of onshore wind 1.5 gigawatts of offshore power. That’s equivalent to about 2.5 percent of the nation’s net installed capacity of 195 gigawatts.

3. What have auctions shown elsewhere?

Dutch offshore wind auctions drove prices a record low in July. The price of 7.27 euro cents a kilowatt-hour prompted some analysts to warn utilities against a “race to the bottom.” Auctions, along with plunging photovoltaic manufacturing costs have similarly made solar power even cheaper than coal in much of the world. In 2016, countries from Chile to the United Arab Emirates broke records with deals to generate electricity from sunshine for less than 3 cents a kilowatt-hour.

4. What about German auction results?

Six pilot auctions of utility-scale solar power since 2015 dropped prices more than a quarter, falling to 6.9 cents a kilowatt-hour from an average 9.17 euro cents a kilowatt-hour. The wind industry similarly expects prices to fall dramatically once sales kick off in March. 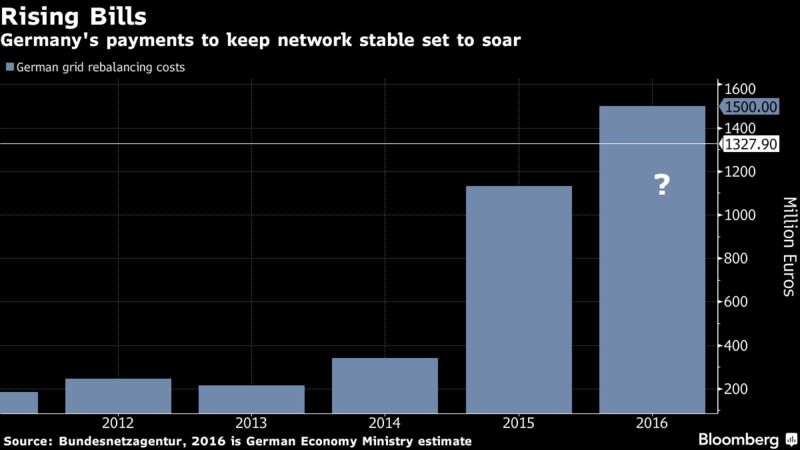 5. Why are there bottlenecks on the German grid?

A combination of citizens protesting against new lines and onerous German bureaucracy slowed down the construction of high voltage cables linking the windy north to industrial centers in the south. The start of major north-south power lines has been delayed to 2025 after the government opted to lay cables underground rather than provoke more protest. More power bottlenecks may be expected because the new lines won’t be ready by the time Germany exits from nuclear power by 2022. The growing imbalance between electricity production and demand means as much as 4 billion euros ($4.3 billion) annually may have to be tacked on to consumer power bills to keep grid stability, according to the government. 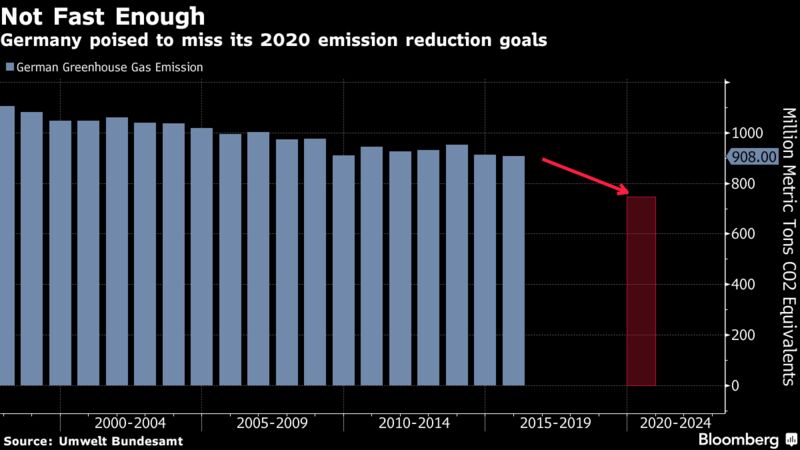 6. What do auctions mean for Germany’s climate target?

The move to auctions comes as the nation struggles to reduce emissions in line with its climate goals. Hard coal and lignite plants still account for about 40 percent of the power generation and a third of emissions. At the same time, about 30,000 people work in the coal-power industry, making it a politically sensitive topic. Cutting carbon dioxide will depend on sweeping changes in transport, agriculture, industrial and heating processes agreed to under the Paris climate accord.