For a look at what the death of the Clean Power Plan means for renewable energy, consider this: Since President Donald Trump signed the order to roll back the emissions-curbing rule, almost $30 billion has been spent on solar and wind projects. 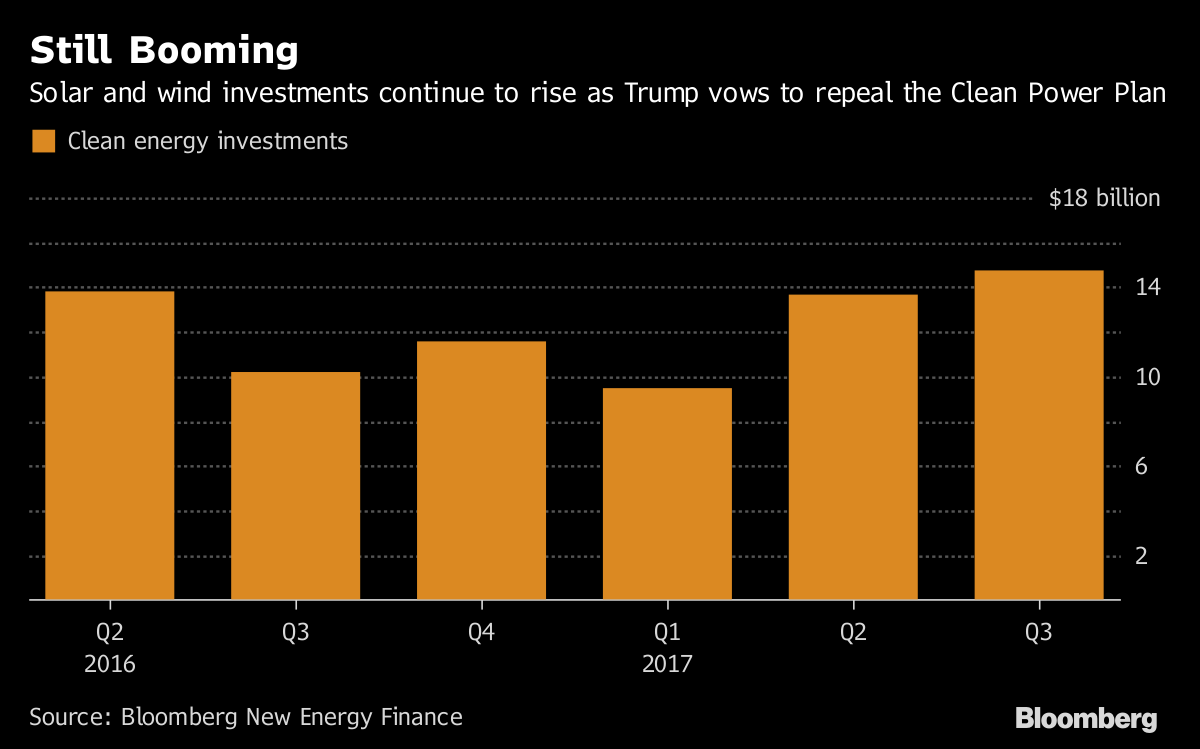 The investments in solar and wind are a testament to the seemingly unstoppable boom in renewables that has been driven more by economics and state environmental policies than federal regulations. So far this year, U.S. utility giants including Warren Buffett’s Berkshire Hathaway Inc., American Electric Power Co. and Xcel Energy Inc. have laid out plans to collectively spend billions on wind farms that’ll replace aging coal-plants.

To be sure, energy companies are investing in clean power while they still can. Tax credits make building wind and solar farms cheaper than running existing coal and natural gas-fired power plants, Grace said. Some of these breaks, extended through bipartisan legislation in 2015, start rolling off this year, Grace said.