The world’s largest power system will face serious challenges in the next few years. In the previous decade, spurred by rapid power demand growth, generous subsidies, and regional industrial competition, China over invested in new generation capacity. By the end of 2016, the national power market was oversupplied by 35%.

With the support of ClimateWorks Foundation, Bloomberg New Energy Finance has created the China Renewable Curtailment and Coal Stranded Assets Risk Map to provide forward-looking transparency on the metrics that are used by central regulators governing this market transformation.

Read some of the key findings below and click here to download the full report and excel tool. 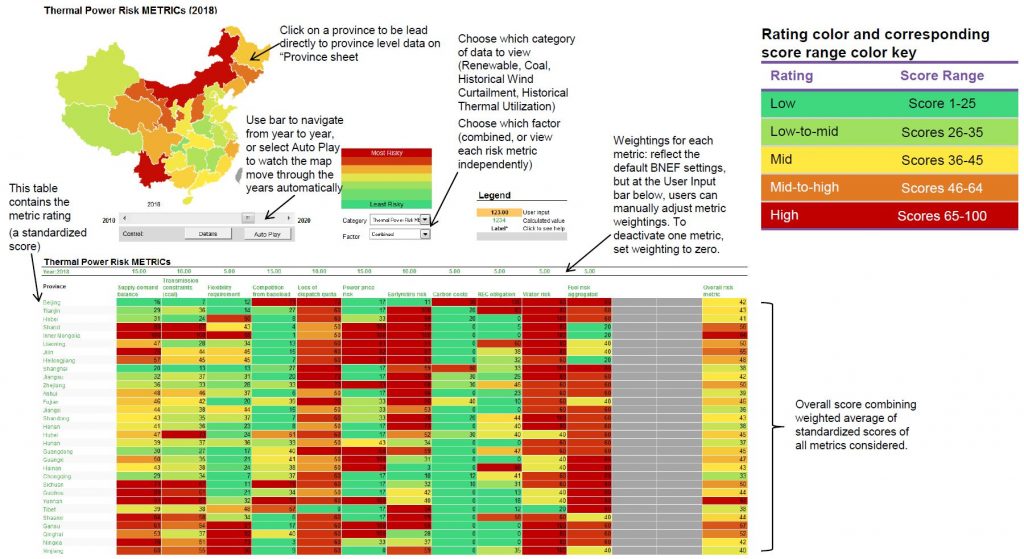 Our data-driven tool portrays cross-sector, province-level dynamics of China’s power sector challenges during the 13th five-year plan period (2016-20).  The resulting map provides insights into China’s challenge in managing its power generation system in the next few years, addressing questions such as:

Our key findings include: