Japan’s likely discovery of melted fuel inside the wrecked Fukushima nuclear power plant is seen as a critical step in hastening the $72 billion, 40-year cleanup of one of the worst atomic disasters in history.

Images released on Saturday by Tokyo Electric Power Co. Holdings Inc., Japan’s biggest utility and owner of the plant, showed for the first time what is likely melted fuel at the bottom of the containment vessel of the No. 3 reactor at Fukushima. Pictures released Friday showed fuel possibly hanging from the top of the pressure vessel inside the same reactor. 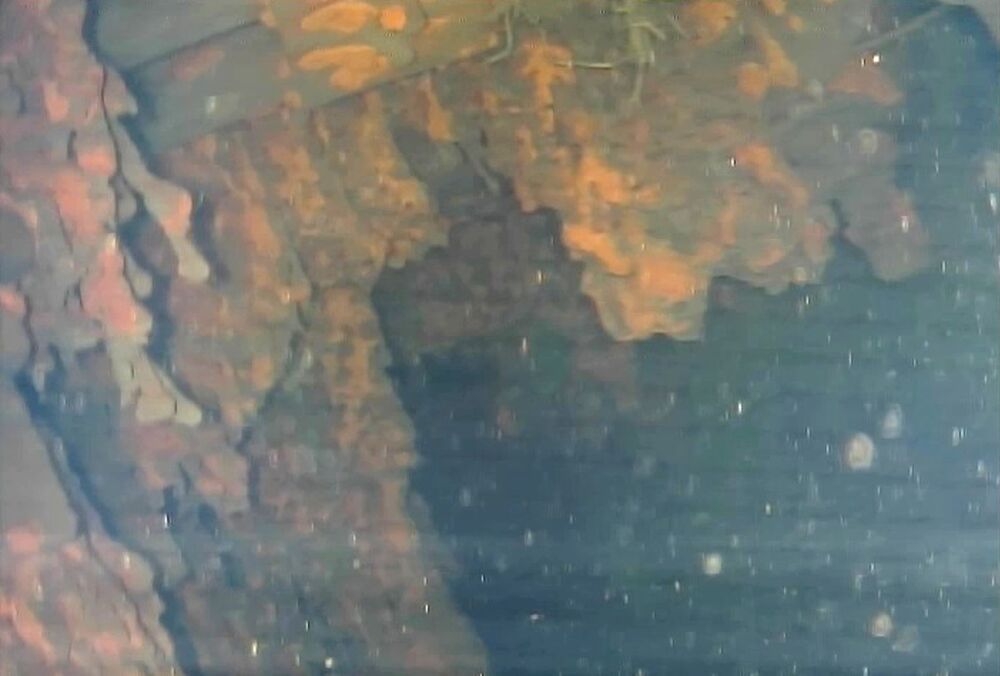 Branch-like material, top left, likely to be nuclear fuel debris is shown in this photo taken July 21, 2017, at the No. 3 reactor of the crippled Fukushima Daiichi nuclear complex. Source: International Research Institute for Nuclear Decommissioning/Kyodo News via Getty Image

“The recent investigation results are significant early signs of progress on the long road ahead to safely decontaminate and decommission the Fukushima Dai-Ichi facility,” said Lake Barrett, a former official at the U.S. Nuclear Regulatory Commission who was involved with the cleanup at the Three Mile Island nuclear power plant in the U.S.

While Tepco, as the utility is known, said some of the debris captured on film is “highly likely” to contain melted fuel, the company noted that definitive confirmation will take time.

For Tokyo Electric, which bears most of the cleanup costs, the discovery could help the utility design a way to remove the highly radioactive material, according to Takahiro Kimoto, an official at the company.

The company aims to decide on the procedure to remove the melted fuel from each unit as soon as this summer, with fuel removal slated to begin in 2021.

“This is a continuous step-wise program of gathering unit-specific engineering data so that engineers can develop the various engineering approaches and specific remote-controlled equipment to remove the melted fuel and other highly radioactive materials,” Barrett, the former U.S. nuclear official, said by email.

With only a handful of nuclear meltdowns ever occurring around the world, Tepco must come up with new technology for its cleanup. New tools, such as long-handled devices guided by a television monitor system, were developed for removing fuel core debris at Three Mile Island after its meltdown in 1979. In Chernobyl, a concrete sarcophagus was used to entomb the wrecked plant with no attempt to remove its fuel.

Decommissioning the reactors in Japan will cost 8 trillion yen ($72 billion), according to an estimate in December from the Ministry of Economy, Trade and Industry. Removing the fuel is one of the most important steps in a cleanup that may take as long as 40 years.

The pictures taken over the weekend were made possible with the help of a Toshiba Corp.-designed robot sent to explore the inside of the reactor for the first time. The 30-centimeter (12 inches) long swimming robot was tasked with surveying the damage and finding the location of corium — a mixture of the atomic fuel rods and other structural materials formed after the meltdown.

Tepco must still confirm the location of melted fuel inside the No. 1 and 2 reactors at Fukushima.

In January, the company took photographs of what appeared to be black residue covering a grate under the Fukushima Dai-Ichi No. 2 reactor, which was speculated to have been melted fuel. A follow-up survey by another Toshiba-designed robot in February failed to confirm the location of any melted fuel in the reactor after it got stuck in debris.

A robot designed by Hitachi-GE Nuclear Energy Ltd. also failed to find any melted fuel during its probe of the No. 1 reactor in March.

“This could be a very early step, with many more hard steps to go, on the path to eventual decommissioning,” M.V. Ramana, a professor at the Liu Institute for Global Issues at the University of British Columbia, said by email. “In the more short term, if some of these fragments can be brought out of the reactor and studied, it would allow nuclear engineers and scientists to better model what happened during the accident.”