Transocean Ltd. is finally sending Pathfinder to its grave, after two years in a Caribbean purgatory that cost about $15,000 a day.

The move by the world’s biggest offshore-rig operator signals just how bleak the future looks for deepwater drilling. Pathfinder is the most famous of six floating rigs the company is scrapping in burials that will add up to a bruising $1.4 billion write-off. Competitors are going the same route, jettisoning more rigs in the third quarter than have ever been trashed in a 90-day stretch, according to Heikkinen Energy Advisors analyst David Smith. 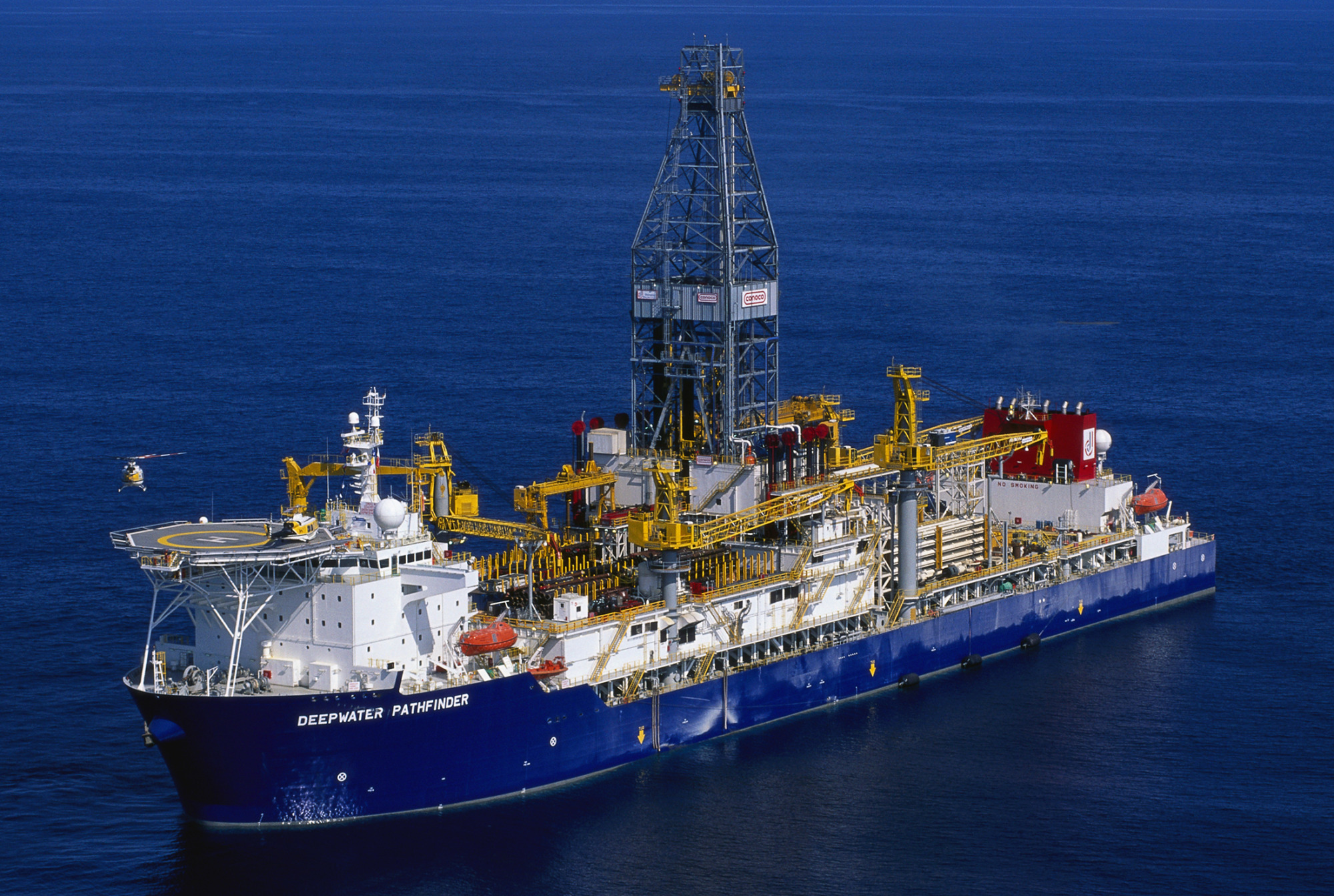 That’s how bad it is, with predictions crude prices won’t go much higher than $60 a barrel in the next year compared with around $50 recently. “Deepwater is going to be playing a much-reduced role on the global oil-supply stage relative to what the industry expected as recently as three years ago,” said Thomas Curran, an analyst at FBR Capital Markets in New York.

For all that, it could have been worse, in one way, for Transocean. It has been the most aggressive in an unprecedented experiment with what’s called cold-stacking for big drillships. After oil prices cratered in 2014, the company didn’t send all of its unwanted rigs out to sea in the time-honored temporary holding pattern where engines keep running and a crew remains on board — something know as warm stacking, naturally, that runs up a daily bill of some $40,000. Instead, Transocean dropped anchor on nine high-tech ships 12 miles off the coast of Trinidad & Tobago and simply shut the motors off. So far the savings are in the neighborhood of $90 million.

This hadn’t been tried before with the new generation of finely tuned, computer-driven giants never intended for long-term parking. Equipped with derricks towering 220 feet above the platform and able to drill in 10,000 feet of water, the vessels had been in demand since birth. The big question was whether one could be shut down so solidly and later switched back on at a reliable cost. (Rival Ensco Plc brought its DS-4 drillship back from cold stack, but it wasn’t mothballed as long as Transocean’s rigs and was tied to a dock, allowing it access to more auxiliary power while parked.)

With Pathfinder, and a cousin called the GSF Jack Ryan that’s also being scrapped after its Caribbean cold stacking, Transocean will never know for sure. The Vernier, Switzerland-based company declined to comment for this story.

For Transocean and the others that went the cold-stacking route, “this has been a very painful process,” said Greg Lewis, an analyst at Credit Suisse in New York. He doesn’t disagree with the company’s decision. Cold-stacking Pathfinder was only a $5 million-a-year expense, and with that “you’re basically paying for a call option on a recovery in the market.”

At the moment, seven other Transocean offshore rigs continue to bob in the Caribbean. Most if not all of them may never drill again, according to analysts at Heikkinen and Sanford C. Bernstein & Co. The older a rig is, and the longer it’s parked, the more likely it will get passed up by customers for more capable competitors.

The offshore-drilling business enjoyed the highest of highs when oil topped $100 a barrel a few years ago. Companies including BP Plc and Anadarko Petroleum Corp. could lease out an advanced ship for more than $600,000 a day. An army of boats and helicopters took workers and supplies out to these rigs, where meals often included steak and shrimp, and carved ice sculptures adorned lunch rooms.

Now it’s one of the most beaten-up sectors. Exploration and production companies are focusing on lower-cost shale-oil drilling on land, in places such as Texas and New Mexico. There’s a glut of offshore equipment. Only about half the global supply of deepwater rigs is working today; back in 2013 almost every single one was running at full speed. The latest projections call for a modest offshore recovery around 2019, or maybe 2020, according to Wells Fargo Securities LLC.

In the meantime, what to do with these crazy-expensive rigs ordered years ago?

“It’s very hard to ignore the sunk cost, but you have to,” said Chris Beckett, the former chief executive officer of Pacific Drilling SA, which kept the engines on a pair of drillships running for a couple of years off the coast of Aruba, waiting for contracts that so far haven’t come. “Compared to the cost of having to buy or build a new one, the option cost of keeping it in a condition that you can reactivate it for a sensible price is relatively inexpensive.”

That’s what Curran of FBR Capital Markets expects will happen: Once oil prices rise and explorers get back to some bit of offshore work, it will be just enough to keep hope alive. The problem, Curran said, is this will leave an overhang, keeping rig rents from rising.

“The normal reaction will be to cling dearly to whatever you have and kick off a new game of chicken when it comes to retirements,” he said. “Ideally, you want to emerge when the music starts to play again as the offshore driller who sacrificed the least. That’s the game they’re all trying to play.”