Philip Morris International Inc. wants to know what a price on carbon will mean for smokers.

The maker of Marlboro cigarettes now uses an internal cost of carbon emissions in its business decisions, joining a group of almost 1,400 companies that agreed to consider how greenhouse gas emissions will affect their industries, according to a statement Thursday from environment group CDP. That’s up from 150 companies in 2014.

Carbon markets from California to China and Europe are placing a price on the greenhouse gas as governments confront the growing threat of climate change. Businesses are responding by setting their own price and using it to determine the best course of action should their industry have to pay a carbon tax of some kind.

“Companies have accepted that there will be a carbon price one way or the other — carbon is no longer going to be a free ride,” said Paula DiPerna, an adviser to CDP. “It’s certainly become more of an investor focus. It’s part of investors’ lexicon of questions when they interrogate companies about environmental, social and governance issues.” 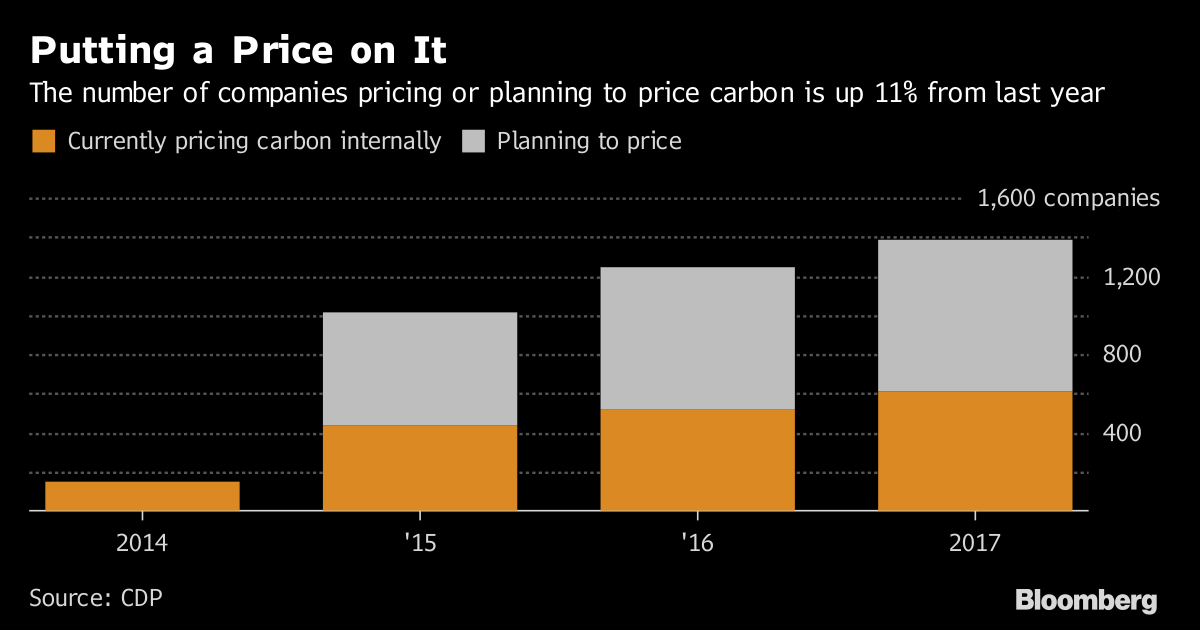 The four-year effort by CDP to get global corporate leaders to measure the impact of carbon prices has been led by U.S. companies, which grew to 238 this year from 210 last year, including agriculture giant Cargill Inc. and cereal maker Kellogg Co. The biggest growth came from companies in Mexico, up 69 percent this year to 44, and China, which rose 40 percent to 102 now using an internal carbon price.

Philip Morris, which began using an internal carbon price in its decisions last year, adopted emission reduction goals of the Paris Climate Agreement and is using a mix of renewable energy and efficiency upgrades to meet it targets, Corey Henry, a spokesman, said in an emailed response to questions. The company set a price of $17 a ton.

It’s used “to help us prioritize our GHG emission-reduction projects according to those most effective at reducing CO2,” Henry said.