Investors seeking exponential growth may want to take a look at batteries, according to the European Union’s top energy official.

The European Commission expects demand for batteries in Europe “to look like a hockey stick as of 2020 to 2030 and beyond,” EU energy union chief Maros Sefcovic said Monday at an e-mobility conference in Stuttgart, Germany. “Time has come for a step change in this field.”

Battery technology is the key for the next generation of electric vehicles and renewable energy. Last week the EU pledged to help its industry plug manufacturing gaps in energy storage, where companies like Tesla Inc. and Panasonic Corp. currently hold technological leads. Sefovic has pledged as much as 2.2 billion euros ($2.6 billion) of EU support to ensure Europe keeps pace. 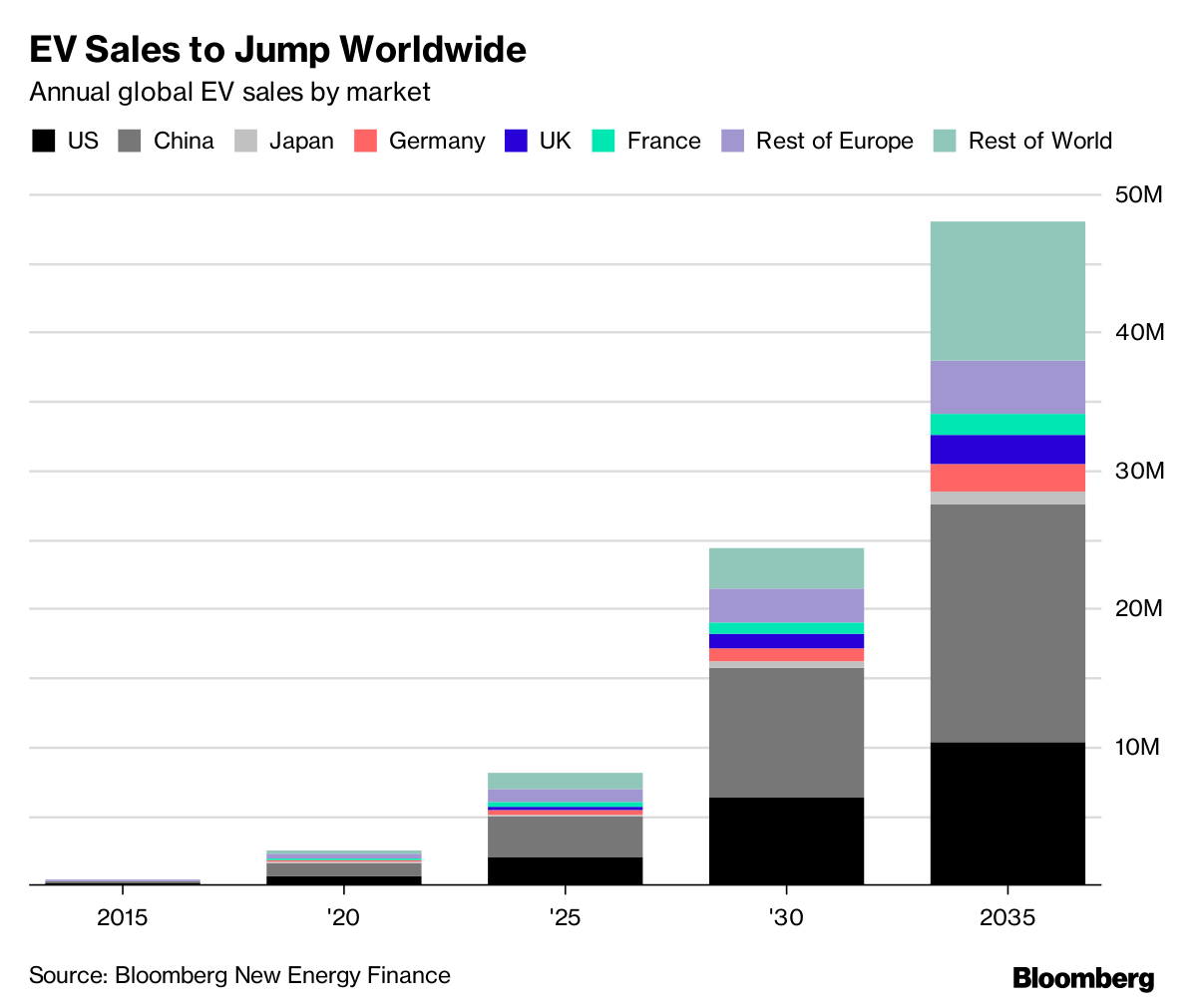 Speaking in the home city of Daimler AG, Sefcovic sought to build support among European carmakers and engineers to bundle production and technology platforms in order to compete with Asian lithium-ion battery makers. He’s invited all of the bloc’s premier carmakers to a summit in Brussels on Oct. 11 to test their readiness to cooperate.

So-called hockey stick growth is the inflection point where new industries take off and climb rapidly before leveling off. It’s a phenomena frequently witnessed among digital startups that benefit from networked connections. Emissions free plug-in cars that can connect to power grids are expected to drive the battery market.

“We do think a hockey stick is coming in Europe,” said Colin McKerracher, the head of advanced transportation analysis at Bloomberg New Energy Finance, in an interview. “Incremental improvements in battery and transmission technology mean that the cars and their batteries will become more competitive.”

European electric vehicles sales will jump from about 1.5 percent of all new registrations on the continent to about 5 percent in 2021 and take off from 2025, according to the London-based researcher.

Chancellor Angela Merkel’s government tentatively welcomed the drive to cajole carmakers to pool their battery production and know-how yet wants the initiative to spring from the companies directly.

European cooperation for electric vehicles could model itself on the creation of planemaker Airbus SE, Sefcovic said. The company was forged almost half a century ago to take on Boeing Co with Europe’s own plane making production. It’s main national shareholders are Germany, France and Spain.

While the European Commission isn’t “about to start producing batteries,” Sefcovic told delegates, which included car industry executives. “We intend to play our role in stimulating demand in low- and zero-emission vehicles through public procurement.”

Still, German and French carmakers may shy of sharing patents and strategies without significant inducements to enter large-scale co-production, not because diesel vehicles continue to have broad appeal in Germany and elsewhere. Diesel will remain a key “bridging” technology to cut carbon emissions, Germany’s Deputy Technology Minister Georg Schuette said in a speech at the event.

Daimler is pursuing a multifaceted approach to developing low- and zero-emission vehicles, including fuel-cell technology, according to board member Ola Kaellenius. The company expects about 25 percent of its global sales to be electric vehicles from 2025, he said at the event.

“We’ve been hearing from European companies like Daimler, VW, or BMW about their ambition to step up their shift to electric cars,” Sefcovic said. “We need to accelerate this process.”