Corporate sustainability has gone mainstream, with thousands of companies setting ambitious targets each year, raising hundreds of billions of dollars in sustainable debt and making major investments in decarbonization activities. As sustainability continues its ascent, BloombergNEF is tracking key indicators to quantify the growth. 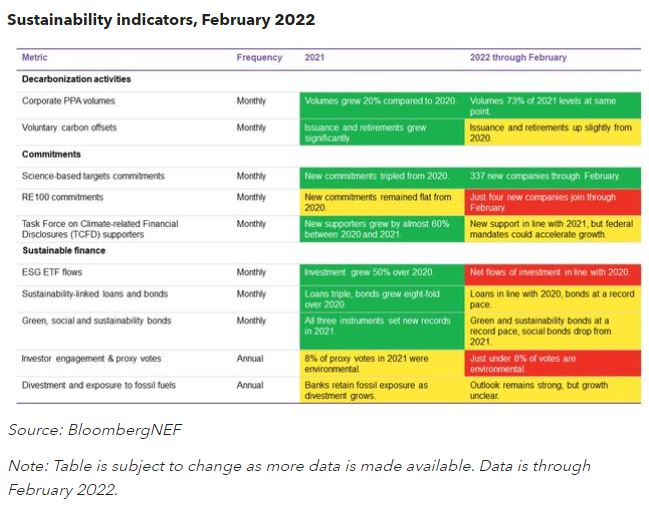 Clients can access the full ‘Sustainability Indicators: Looking Back, Moving Forward’ report on the Terminal or on web.