Tesla, Neoen Deal Would Outdo Record-Breaking Battery Down Under

The developers of the world’s biggest lithium-ion battery project may surpass their own record as French renewable-energy developer Neoen SAS looks into building another supersized unit in Australia with Elon Musk’s Tesla Inc.

A battery with capacity surpassing the old project’s 100 megawatts may be developed at Neoen’s Kaban Green Power Hub, 80 kilometers (50 miles) southwest of Cairns in Queensland state, according to Garth Heron, Neoen’s head of wind development for Australia. Tesla may provide the battery given the two companies have already collaborated on two other renewable projects in Australia, he said. 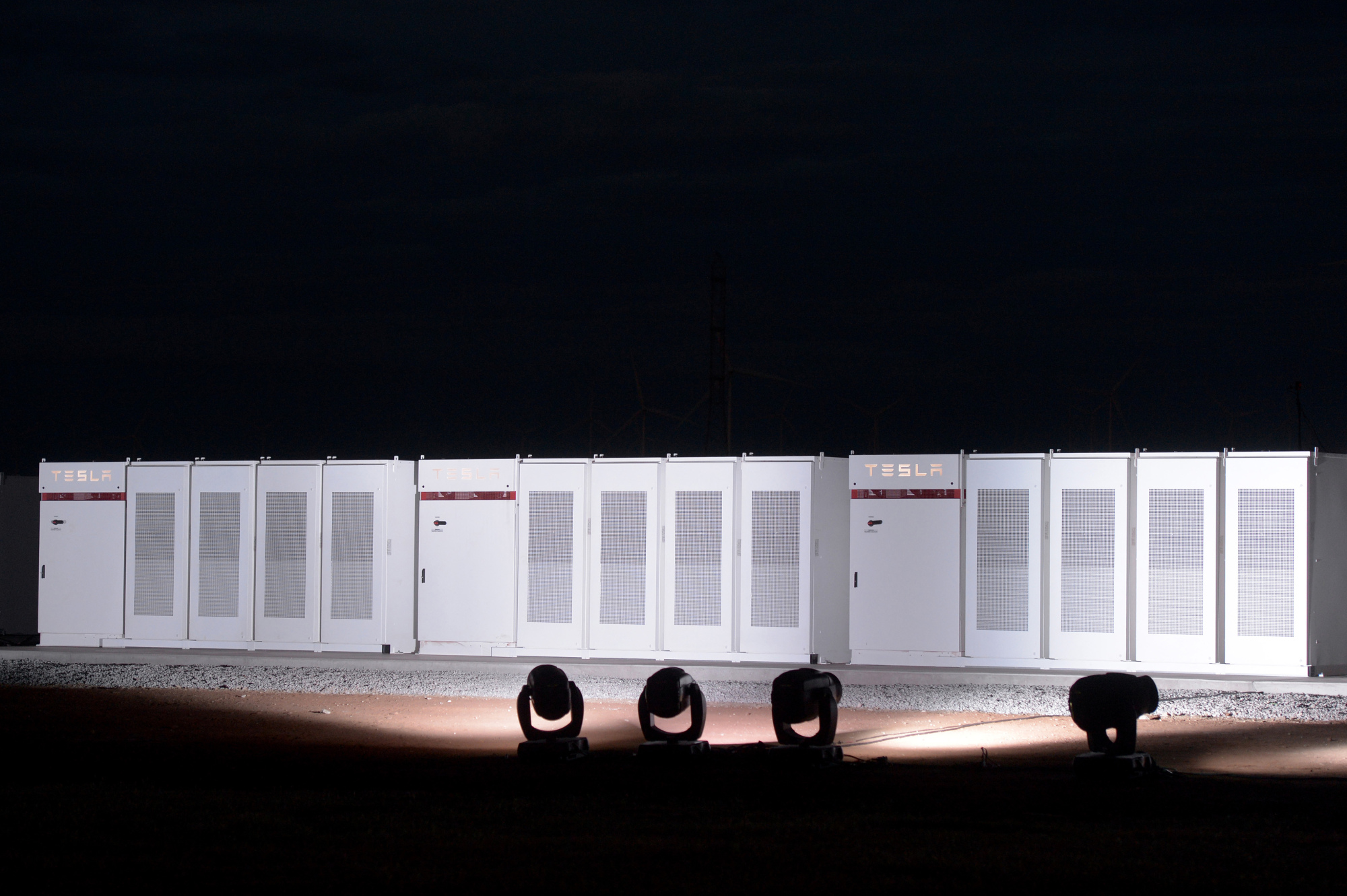 Tesla Powerpacks to be used for the world’s largest lithium-ion battery at the Hornsdale wind farm in Australia. Photographer: Carla Gottgens/Bloomberg

“We are looking to do a very large battery as there is a lot of need for electricity storage up in Queensland,” Heron said in a phone interview Tuesday. The Hornsdale Power Reserve in South Australia, which started supplying power to the national grid in December, “really opened up our thinking with respect to large-scale storage and has been a great success for us,” Heron said.

The world’s biggest lithium-ion battery was installed in record time in South Australia after billionaire Musk successfully bet he could help solve an energy crisis in the Pacific nation by deploying Tesla technology to plug a supply gap. The battery enables energy from the adjoining wind farm, operated by Neoen, to be dispatched to the nation’s power grid at any time regardless of whether the wind is blowing.

Even if the Queensland battery surpasses 100 megawatts next year, it might still have competition for the title of world’s biggest. Hyundai Electric & Energy Systems Co. is building a 150-megawatt lithium-ion unit, 50 percent larger than Musk’s, that the company says will go live in a few months in Ulsan near the southeast coast of South Korea.

With battery prices tumbling by almost half since 2014, large-scale projects are popping up around the world. Developers announced lithium-ion battery projects with total capacity of 2.5 gigawatt hours in 2017, more than four times the amount for all of 2016, according to Bloomberg New Energy Finance. The South Australian battery has already proved its worth responding to outages from coal-fired generators in Australia’s national electricity market four times in December, by providing back-up power in a fraction of a second, according to Neoen. 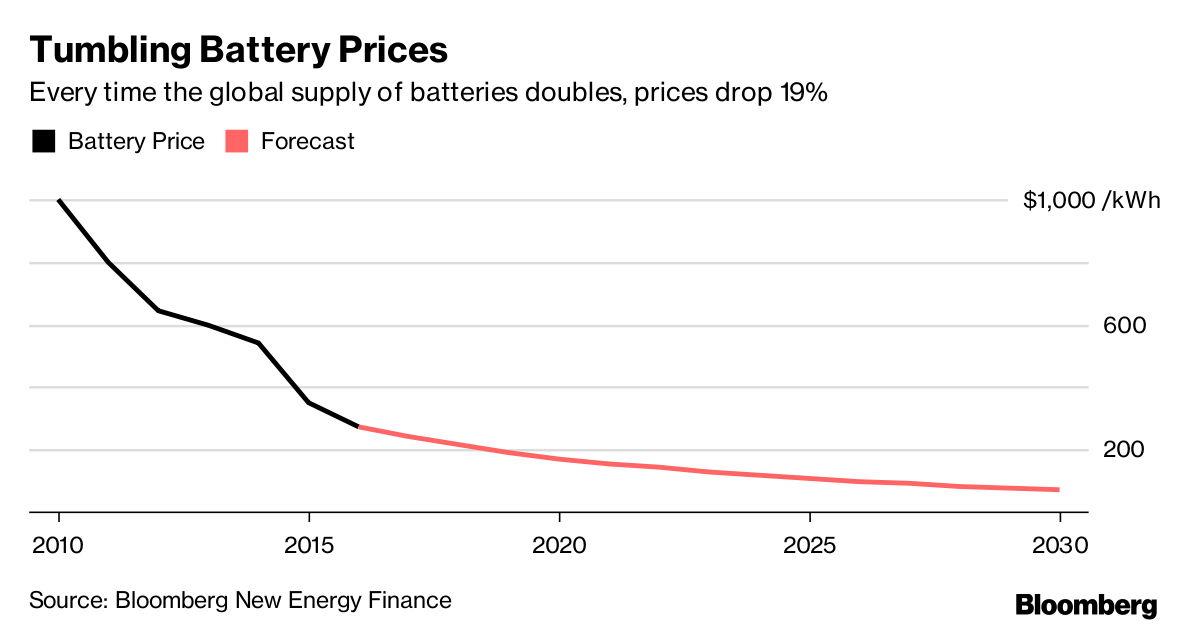 The South Australian battery has already proved its worth responding to outages from coal-fired generators in Australia’s national electricity market four times in December, by providing back-up power in a fraction of a second, according to Neoen.

“The response from the battery is almost instant in terms of its response to faults within the network,” Heron said.

The Queensland project, which will be able to power as many as 57,000 homes, could be operational by 2019 and would mark a third project between the French and U.S. companies in Australia. Tesla will provide a 20 megawatt battery for Neoen’s Bulgana Green Power Hub in the southern state of Victoria, which also integrates a wind farm with battery storage.