The Texas legislature refuses to proceed with a bill that would reprice billions of dollars in energy and ancillary services charges incurred during last month’s power crisis. On March 20, 2021, the prices the bill seeks to resettle were made final. Resettling prices is unlikely, but if it does happen it would have meant undermining the integrity of investing in Texas, with adverse impacts rippling far outside of the state’s power market. This report details both sides of the debate. 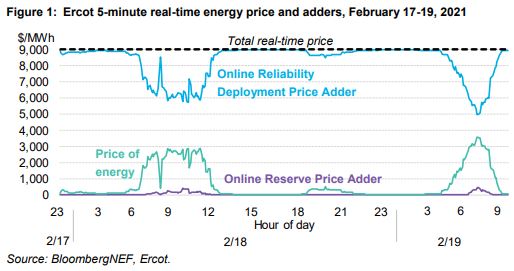 This note is part of a series on the Texas power crisis, available to BNEF clients on web or via the Bloomberg Terminal.