As many as 22 states in the US have a target for 100% renewable energy or 100% carbon-free electricity.  The latter includes any zero-emissions resource such as nuclear and carbon capture plants.

State policies complement federal policies in boosting renewables. Over 30 states have Renewable Portfolio Standards — targets set at a state level that can ensure wind and solar build in a way that federal incentives can’t. “If these state mandates are met, US renewable generation will grow by an estimated 82% through 2030,” Nathalie Limandibhratha, BloombergNEF US power markets analyst wrote in US Renewable Portfolio Standards – Adding 82% to Demand. 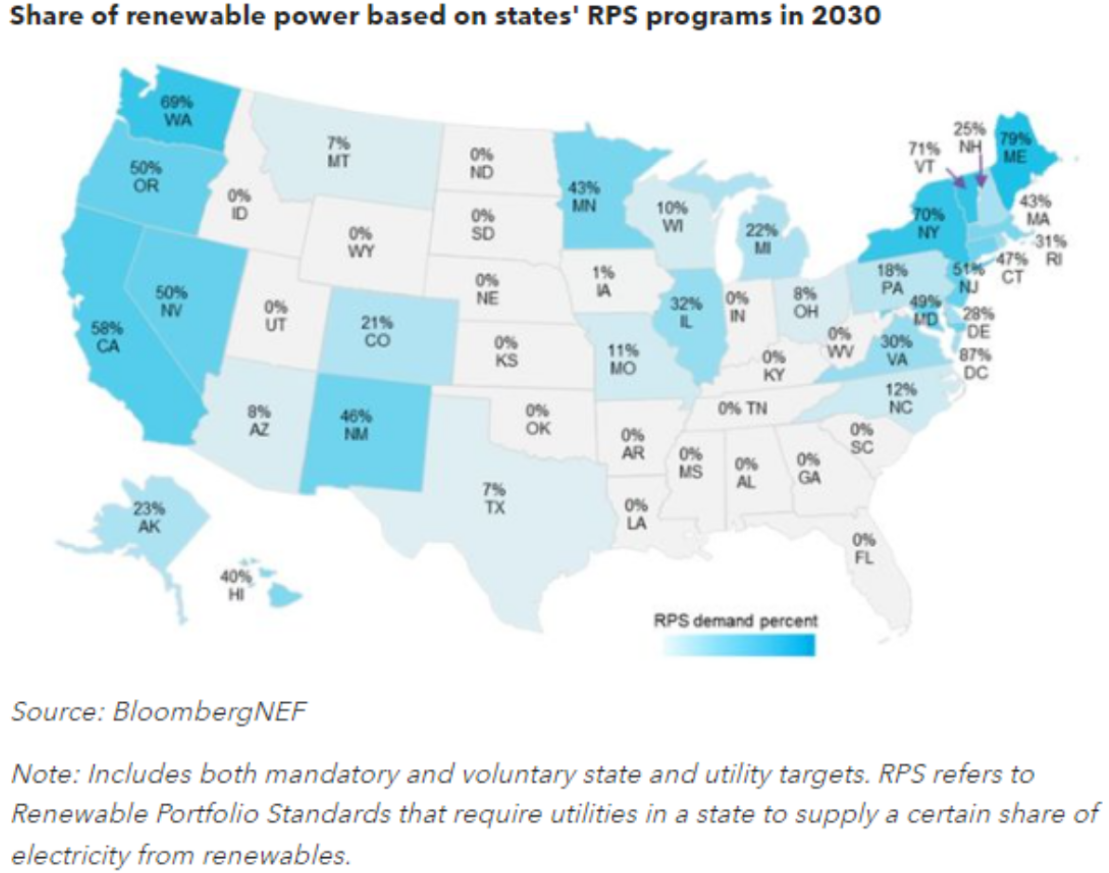 As many as 31 countries now have a hydrogen strategy, and 18 countries are working on one, according to the latest update to BNEF’s Global Hydrogen Strategy Tracker. 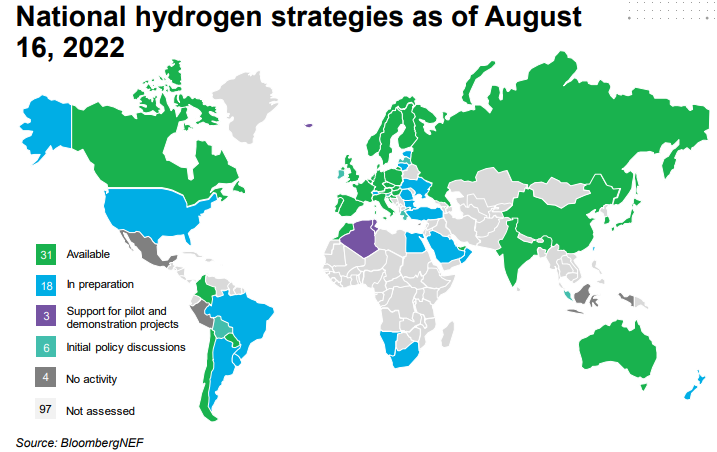 More than half of the countries with a hydrogen strategy also have electrolyzer targets, which add up to about 75 gigawatts by 2030.

Clean hydrogen has a critical role to play in global decarbonization. Over 150 countries, accounting for two-thirds of global greenhouse-gas emissions, have a net-zero target in place or under discussion. Clean hydrogen produced with zero or nearly no greenhouse gases emitted has the potential to play a significant role in achieving these pledges. However, considerable policy support will be required to scale deployment and cut costs, Victoria Cuming, BNEF head of global policy said in Smart Policy to Drive Clean Hydrogen Uptake.

Prospects for adoption of clean hydrogen

Global electric vehicle sales grew 54% in the second quarter of the year to reach 2.2 million units. China and Europe continued to lead the market. Sales for the year are expected to reach 10.6 million — up about 63% from 2021.

US and Canadian buyers snapped up a record 265,000 EVs in the three months through June, 54% higher than a year earlier. Meanwhile, sales of traditional internal combustion engine cars fell 22% in the quarter.

“As the market continues to face challenges from inflation, consumers continue to see the benefits of switching to electric vehicles,” Corey Cantor and Aleksandra O’Donovan, BNEF EV analyst and head, respectively, wrote in the 3Q 2022 Electrified Transport Market Outlook.