Why Battery Cost Could Put the Brakes on Electric Car Sales

Battery prices need to drop by more than half before electric vehicles will be competitive with cars powered by internal-combustion engines, according to Bloomberg New Energy Finance, whose two-day Future of Energy summit in Shanghai concludes on Wednesday. That’s likely to happen by 2026, when the cost for lithium-ion battery packs is projected to fall to about $100 per kilowatt hour, speakers at the summit said. 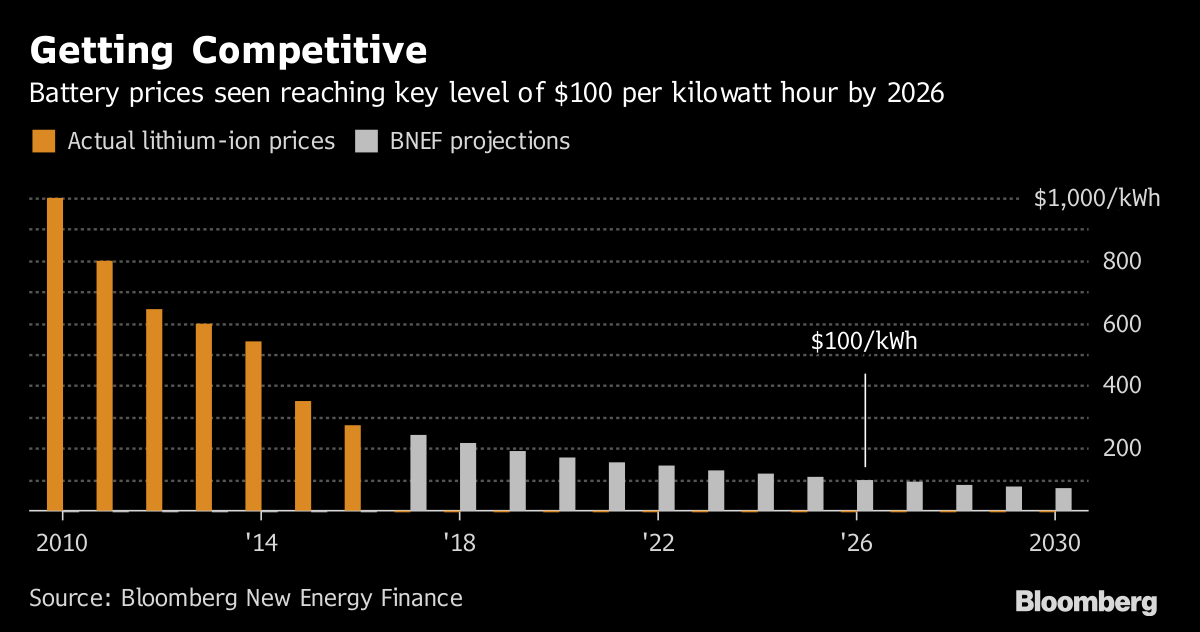 The focus of the industry has moved from lithium-ion batteries using liquid electrolytes to solid-state ones, which address the need for safer and more powerful energy storage. Toyota Motor Corp. has said it’s working to commercialize the technology in the early 2020s, and Dyson Ltd. says it will build an electric car using solid-state batteries in three years. The British company plans to invest one billion pounds ($1.3 billion) to develop the car, plus the same sum to create solid-state batteries for it. That investment would outpace those made by other major EV makers such as Tesla Inc.

Panasonic Corp. of Japan, BYD Co. of China and South Korea’s LG Chem Ltd. are the top manufacturers of lithium-ion batteries for EVs, according to BNEF. Shares in companies such as lithium-salt maker Stella Chemifa Corp. and Sociedad Quimica y Minera de Chile SA, which mines chemicals including lithium, are on the rise. 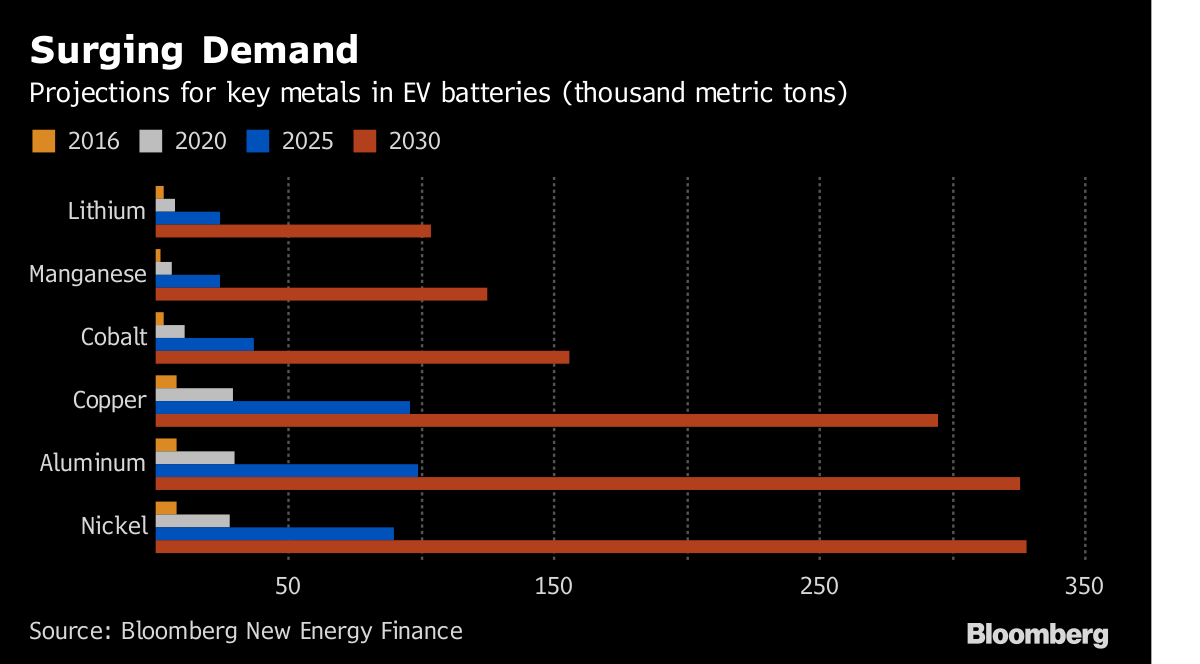 As demand rises for metals used in batteries, beneficiaries include companies such as Japan’s Tanaka Chemical Corp., which manufactures and sells components for the storage devices. 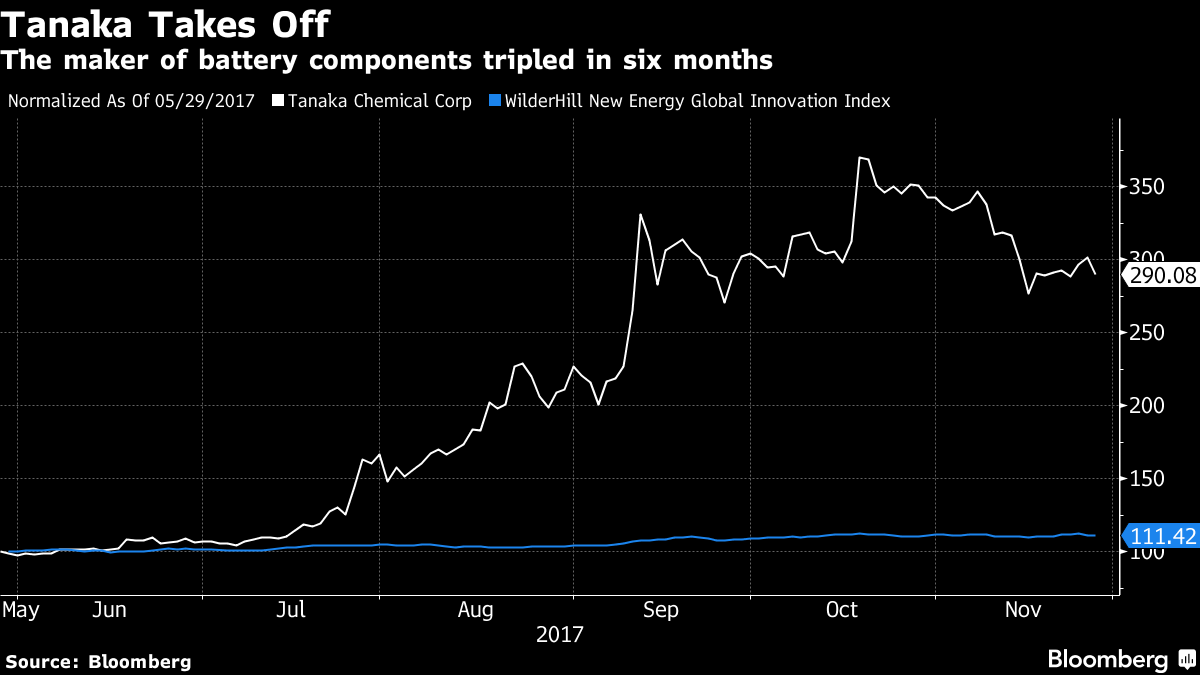 The average cost of cars powered by fossil fuels is about $28,000, a figure that will probably rise to about $30,000 by 2030, based on estimates by Bloomberg New Energy Finance. To become cheap enough to replace that fleet, electric vehicles will rely on a 67 percent drop projected for battery costs in the next nine years. 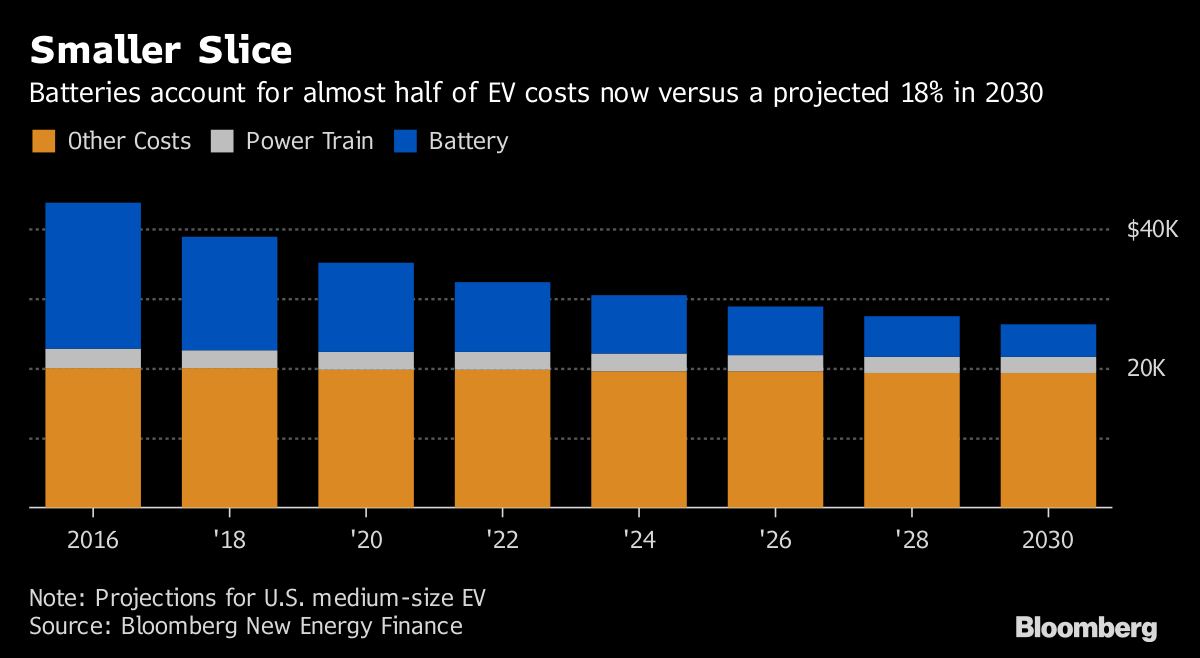 Clean-car development isn’t just about plug-ins. Fuel cells such as those used in hydrogen-powered vehicles are slowly making an advance in China, which recently made an about-face in policy to support the technology. The government opened a number of fuel-cell components to foreign investments, while taking EV battery cells and cathodes off the list. The move on batteries squeezes out competition in China from companies based outside the country. 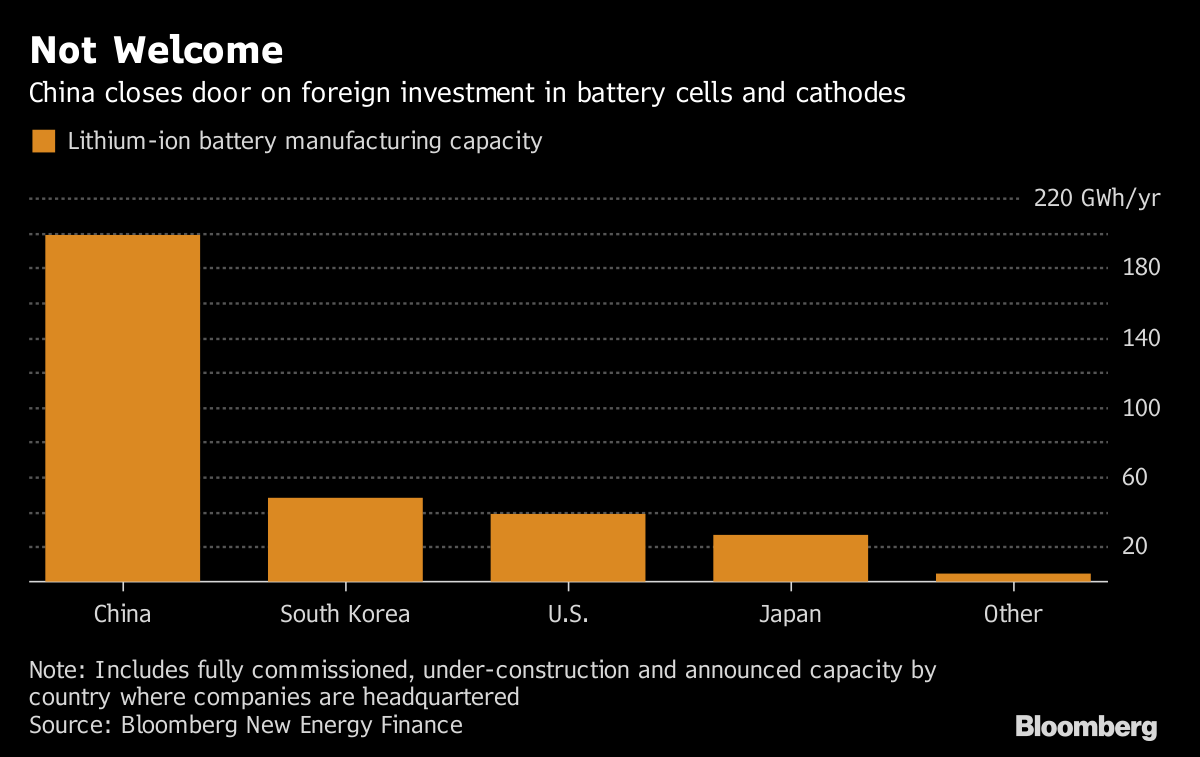